Sharon Cuneta on shelved movie with Gabby Concepcion: ‘I wanted closure for our fans’

Sharon Cuneta shares details on why their reunion project didn’t push through. 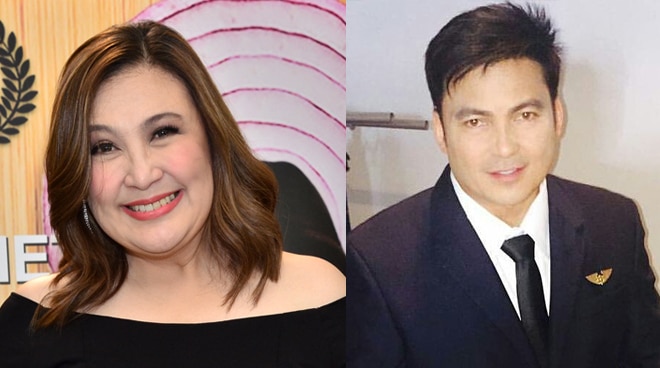 During the Star Cinema presscon for her digitally remastered indie film Ang Pamilyang Hindi Lumuluha, Sharon Cuneta admitted that she couldn’t help but feel disappointed that her much-awaited reunion movie with former love team partner and ex-husband Gabby Concepcion did not push through. “I was supposed to do this big movie of ours. My whole year was already planned out. That was supposed to shoot starting March this year. It ruined my whole schedule but it didn’t matter then. I kept praying to God kasi sabi ko, ‘Bakit parang lagi na lang may problema, may issue tapos hindi ma-tuloy tuloy?” May commitment na tapos hindi pala. Ang dami laging snags, ang daming parang obstacles hindi matuloy-tuloy,” she revealed.

The Megastar said a comeback movie was not even her top priority as she was already busy with her Kapamilya shows. “Sabi ko na lang, ‘Lord, everything naman ikaw naman ang bahala talaga eh. It’s Your will. Basta whatever is Your will Lord, let Your will be done.’ Kasi that was going to be a good comeback for both of us, not just me.  And I didn’t really need a big comeback movie with a ka-love team because I already had a hit show again, well two hit shows Your Face Sounds Familiar and The Voice and yung album and everything. I have concerts here and there,” she recalled.

As lead actress and one of the producers of Ang Pamilyang Hindi Lumuluha, Sharon said it was actually a blessing in disguise her original film project did not materialize as she was finally able to bring Mes De Guzman’s script to life in a role he admitted he wrote with her in mind. “(Yung isang movie) parang I wanted closure for our fans. Kasi nung una siya yung excited gumawa ng movie eh. Tapos nung puwede na ako basta hindi matuloy. Sabi ko, ‘Baka naman ayaw talaga ng Panginoon? Tingnan natin.’ Ito yung binigay niya. Ito yung natuloy. ito yung lumalabas na parang comeback ko and it had to be different, it had to be an indie, it had to be this story. This little movie that came on the heels of the success of another small movie called Kita Kita which I fell in love with. Parang sabi ko, ‘Oh my God, God knows the timing of everything,’” she shared.