Check out the list of winners for the MOR Pinoy Music Awards 2017. 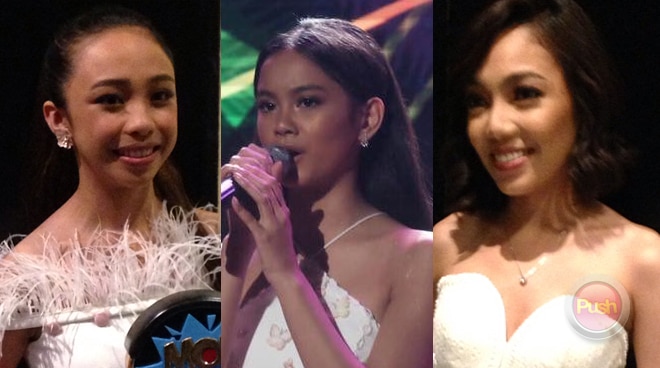 Jona took home the Song of the Year award for “Maghihintay Ako”. The singer confessed that she was completely surprised when her name was called for the award.

Another top prize-winner at the event was Ylona Garcia who bested Sarah Geronimo and Yeng Constantino for the Female Artist of the Year award. “Na-overwhelmed po talaga ako. I feel really great, I feel happy, I feel joy, grabe po talaga. Nagulat po talaga ako when my name was called and I am really thankful to everybody who stood by me no matter what, it’s amazing,” she stated.  She also received the LSS Hit of the Year award for the song "O Pag-ibig" which she recorded with Bailey May.

Song of the Year: "Maghihintay Ako" by Jona

Album of the Year: Be With Me - Darren Espanto

LSS Hit of the Year: "O Pag-ibig" by Bailey May and Ylona Garcia (BaiLona)

Kantamercial of the Year: Ritemed

OPM Revival of the Year: “Give Me A Chance” by Kaye Cal

Regional Song of the Year: "My Morena Girl" by Hey Joe Show