Gong Yoo reveals why he is not for posting pictures online. 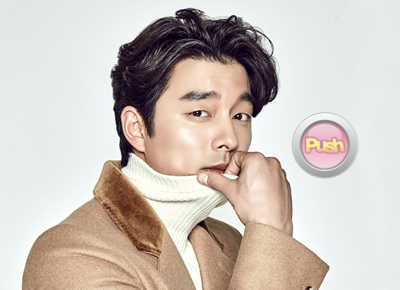 But little do Filipino Goblin fans know that the K-Drama series’ lead actor Gong Yoo prefers to meet his followers and listen to what they have to say in person rather than reading their comments or their social media posts online.

Emphasizing that he is the real deal and not a mere online personality, Yoo says he prefers it natural and true. He also stressed that selfies and digital photo sharing are not his thing.

“First of all, I don’t have SNS (social networking service) accounts because I don’t like taking selfies and photos in general. I like to see things in person rather than capturing them in photo form,” Yoo said in a recent press conference in Taiwan in a report published in the Hallyu news site DramaFever.

He added, “Also, most of the time, these services are used to share photos. So when you show a photo, you have to package and edit it in a certain manner and I don’t like it because it’s unnatural. I don’t like thinking about editing and how this photo could be seen as.”

While his fans could not follow him on social media, Yoo makes it a point to attend various fan meets and fan-signing events, wherein he gets to interact with fans in person. This includes a “charity bazaar,” wherein a more intimate session with fans are planned with proceeds going to charity, Korean wave news site Soompi revealed.

Aside from his really obvious good looks and superb acting, it is Yoo’s humility, unique quirkiness, and irresistible charm that earned his fans adoration for him, and even gaining the “national husband” title from China.

“I don’t like it very much. I feel pressured by it. It’s a great compliment and shows that I’m being loved by many people, but the ‘national’ part feels like a burden on my shoulder,” he imparted in his fan meet in Taiwan.

Catch Gong Yoo in the captivating, endearing series Goblin weeknights after A Love To Last.