Emmanuelle Vera wants to work with JaDine and Liza Soberano

Emmanuelle Vera wants to pursue music and acting this year. 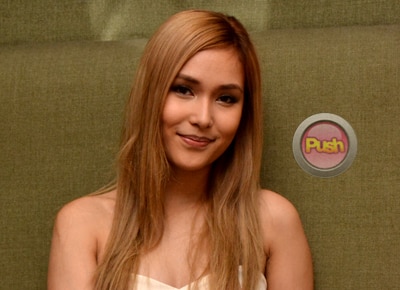 For the first time, she appeared on the cover of a men’s magazine as FHM Philippines’ February cover girl.

“I did a swimsuit photoshoot for a swimsuit line. It’s just supposed to be for their Instagram catalogue or their product shot. And then I posted the photos on Instagram and eventually, I saw an article on FHM containing all the photos and about a month later, they asked me to be their cover girl,” she told PUSH.com.ph   how the offer came up.

Saying that she initially hesitated to accept the offer, Emmanuelle, realizing that “they are great people to work with”, informed them of her limits which they respected.

“They told me it’ll be tasteful, that they completely rebranded their magazine and they also told me that they put the spotlight on my music and I really appreciated that.”

Emmanuelle, who took up creative writing and music business management courses, got to release her self-titled debut album in 2012. As a singer-songwriter, one of her plans this 2017 is to come out with new singles or another album. “It doesn’t matter for me as long as I get my music out there,” she said, adding that she would love to share her original compositions. She said she wrote around four to five songs during the beginning of the year.

When asked about her dream collaborations, Emmanuelle answered, “I’d love to collaborate with Nadine (Lustre) and James Reid. I love the R&B feel of their sound.”

But although she is glad to be featured for her music, Emmanuelle, who works a copywriter for different companies, said that she would love to pursue both singing and acting.

Saying that she is open to acting opportunities, the 22-year-old model said, “So far, I played the kontrabida repeatedly so that’s my comfort zone. But I would like to try either someone who’s mabait or maybe even like someone with a mentally-derange personality.”