The Imports: foreigners who dabbled in Philippine showbiz (Part 1)

Here’s a rundown of personalities who might not have a single drop of Pinoy blood in them but have managed to earn their place in Philippine showbiz history. 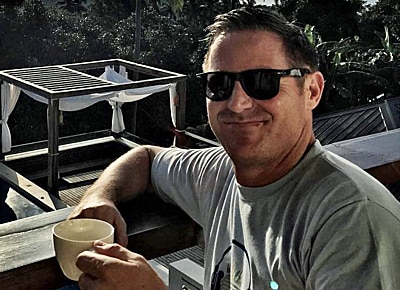 The ABS-CBN talent show I Love OPM has done a pretty good job of showcasing foreigners who have a talent—and apparently a love—for belting out Filipino songs. It’s been amazing to see and hear the contestants sing Pinoy standards considering Tagalog isn’t their native tongue. While their efforts are impressive, there have been many foreigners who have previously tried out singing as well as other aspects of Philippine showbiz. Here’s a rundown of personalities who might not have a single drop of Pinoy blood in them but have managed to earn their place in Philippine showbiz history.
Lee O’Brian
Pinoy audiences first met Lee as part of the OFW-themed movie Edsa Woolworth which was headlined by Pokwang. He headlined a TV show with Tuesday Vargas titled Kano Luvs Pinay. The show detailed the ins and outs of a cross-cultural romance between an American and a Pinay, which could run parallel to his real-life relationship with Pokwang. The two have been together more than a year now and wedding bells may soon be in the offing for the couple.
Mario Maurer 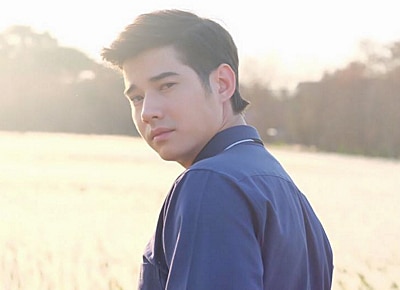 Half-German, half-Thai Mario Maurer first caught the attention of the Filipino public when his hit movie Crazy Little Thing Called Love (also known as First Love) was dubbed in Tagalog and shown on local TV. There was soon enough interest in the Thai heartthrob for Pinoy clothing brand Penshoppe to sign him up as an endorser. When he came to the Philippines in 2011 for a fan meet and to do a photo shoot for his endorsement, he also signed a one-picture deal with Star Cinema for what would eventually become the movie Suddenly It’s Magic. The movie was shot on location in Ilocos and in Bangkok and featured Erich Gonzales as Mario’s leading lady.
Baifern Pimchanok Baifern Pimchanok or Pimchanok Luevisadpaibul was Mario Maurer’s co-star in Crazy Little Thing Called Love. In 2013, she also became an endorser for Penshoppe and the two were reunited in a shoot and fan meet for the brand.
Maria Ozawa Former AV (adult video) star Maria Ozawa is certainly making waves in local showbiz. The half-Japanese, half-Canadian Maria arrived in the Philippines last year to work on Nilalang, an entry to the 2015 Metro Manila Film Fest. She was initially supposed to star with Robin Padilla in the said film but the latter backed out. Cesar Montano was brought in as a replacement. Maria is currently embroiled in a controversy after “joking” that she and Cesar had a one-night stand on DJ Mo Twister’s Podcast Good Times With Mo.
Ya Chang
Yasuaki Yamaguchi was a businessman in Japan before he came to the Philippines when he became smitten with Jopay Paguia of the Sexbomb Dancers. While a romance did not pan out, he did manage to make a career for himself in the country. Going by the screen name Ya Chang, he got a hosting gig on Magandang Tanghali Bayan. He even came up with an album entitled Daijobou under Star Records. He also dabbled in acting, landing roles in shows like Maalaala Mo Kaya, Eva Fonda, Got to Believe, Aalog-Alog, and more recently Be Careful With My Heart where he played Lim Aviation’s Engineer Yamaguchi.
Ryan Bang Bang Hyun Sung or Ryan Bang was a student at De La Salle University when he decided to try out for Pinoy Big Brother Teen Clash of 2010. His natural comedic talents endeared him to audiences, making him the second placer behind big winner James Reid. The Korean comedian soon had his own show 3ow Powhz! which had him explore different places and aspects of Pinoy culture. He became a hurado on Showtime and was the longest-staying judge before he was eventually evicted. Soon after though, the show was reformatted into It’s Showtime and Ryan became one of the regular hosts.
Bret Jackson Bret Jackson II spent most of his childhood in the US in the care of his mother (who according to reports was abusive). He eventually moved to the Philippines to be with his dad, Bret Sr., and his Filipina stepmother. He had been living in Dumaguete with his family for about seven years before he joined Pinoy Big Brother Teen Clash of 2010. The Bisaya-speaking teen eventually emerged in sixth place from the reality show. At first, he focused more on his music, singing the theme to Good Vibes “All I Need is Love” before trying out acting. He had a small role in the second season of Angelito and in movies like Talk Back and You’re Dead, Angela Markado, and Bakit Hindi ka Crush ng Crush Mo?
Akihiro Sato Brazilian-Japanese Akihiro Sato was one of the more popular “Brapanese” models who hit the Filipino fashion scene in 2009. Akihiro had a few roles in GMA series like Darna, Panday Kids, and Captain Barbell. In 2010, he became the winner of Survivor Philippines: Celebrity Showdown. Akihiro is back in Brazil where he has started a family.
Fabio Ide Another Brazilian-Japanese, Fabio Ide first came to the Philippines in 2006 for some modeling gigs. By 2009, he became a co-host of Comedy Bar with Allan K and Eugene Domingo. He also had a role in the Marian Rivera-Dingdong Dantes movie You To Me Are Everything in 2010. After a “casual encounter,” he fathered a daughter with Denisse Oca, a relationship that has proven to be tumultuous with Fabio’s then girlfriend Michelle Pamintuan trading barbs with Denisse on social media. Fabio is currently in a relationship with Bianca Manalo who he says gets along well with his daughter Danielle Mikayla.
Daniel Matsunaga Brazilian Japanese Daniel Matsunaga had been to about 25 countries for various modeling jobs before he landed on Philippine shores. In 2010, he landed his first acting job as part of the teleserye The Last Prince which was headlined by Aljur Abrenica and Kris Bernal. He had roles in different series on GMA and TV5 and a recurring co-hosting stint on Kris TV and a hurado spot on It’s Showtime on ABS-CBN. He joined Pinoy Big Brother All In in 2014 as the fourth celebrity housemate before clinching the Big Winner title on August 24. He became part of the cast of Two Wives where his onscreen chemistry with Erich Gonzales soon led to rumors that the two were more than just mere co-stars. The two eventually admitted they were a couple. Daniel currently stars with Erich in the daytime series Be My Lady. Daniel is so set on life in the Philippines that he has sought Filipino citizenship.
Vanessa Matsunaga Like her brother Daniel, Vanessa had been hopping from country to country for modeling jobs before they arrived in Manila. Their decision to stay in the Philippines was something their pastor in Brazil suggested they were meant to do. Certainly Vanessa may have found her destiny as she met photographer Jun Sunga. The two dated for five months before they got engaged and took another five months before they got married. Still one of the more popular models in the industry, Vanessa is on a hiatus of sorts while she waits for the birth of their first child.
Priscilla Meirelles Priscilla came to the Philippines in 2004 as the Brazilian candidate for the Miss Earth pageant. After winning the title, she took on hosting duties for the pageant from 2005 to 2008. In 2009, she served on the panel of judges for the pageant. She married actor John Estrada in 2011 and gave birth to their daughter Sammanta Anechka in the following year. Priscilla also took on her first acting job in Be My Lady, playing the mom of Daniel Matsunaga’s character.
Daiana Menezes Brazilian beauty Daiana came to the Philippines to do some modeling before she became a co-host on Eat Bulaga! She became a staple on gag shows like Ogag, Bubble Gang, and Lokomoko and was in a handful of movies including Dobol Trobol: Let’s Get Redi 2 Rambol where she starred with the late comedy king Dolphy and with Vic Sotto. She also has a number endorsements ranging from fast food to beauty products and services.
Segundo Cernadas Pedro Cernadas who goes by the screen name Segundo Cernadas was already a very popular telenovela actor in his native Argentina when he came to the Philippines in 2004. He starred in the teleserye Te Amo, Maging Sino Ka Man as a castaway who charms Iza Calzado’s naïve character Rosela.
Fernando Carillo Fernando Carilllo is more popularly known for his character Fernando Jose who romanced Thalia in the telenovela Rosalinda. The Venezuelan actor has been to the country a number of times. He even performed on ASAP once with Vina Morales in 2012. He signed up with Viva that same year. He was one of Kuh Ledesma’s special guests for her 35th anniversary concert in 2015, which was around the same time he was in talks with Manny Pacquiao for a movie.
Thalia Ariadna Sodi Miranda or Thalia first captivated Filipinos with her teleserye Mari Mar. This was followed by her other series Maria Mercedes and Maria la del Barrio. By the time she visited Manila in 1996, the fan frenzy surrounding this Mexican actress, singer, songwriter, and author was something that reporters said rivaled that of Pope John Paul II’s last papal visit the year before. She even paid a visit to then President Fidel Ramos at Malacanang where she was welcomed with something akin to a state visit by a government dignitary. In 1997, Thalia released a compilation album Nandito Ako which featured her version of Pinoy hits like “Nandito Ako,” “Tell Me,” and “Hey, It’s Me” as well Tagalog versions of her own songs. The album was so well-received that it sold over one million copies.
Dayanara Torres As Miss Universe 1993, Dayanara Torres was tasked with passing on the crown in the Philippines the following year when the pageant was held here. Pinoys immediately fell in love with the Puerto Rican beauty who in turn learned to embrace the local culture, going so far as to learn Tagalog. In 1995, she starred in Basta’t Kasama Kita with Aga Muhlach. She and Aga started a romance on set that would last for four years. She also starred with Gary Valenciano, who is coincidentally half-Puerto Rican, in Hataw Na. She was a regular on ASAP where her dancing skills led to her being called the “Dancing Queen.” She stayed in the Philippines for five years before returning home to Puerto Rico.
Michelle Van Eimerenn Michelle was Australia’s candidate for the Miss Universe 1994 pageant where she had an 11th place finish overall. But Michelle had already endeared herself to Pinoys who warmly welcomed her into showbiz. She became a regular host on the Sunday variety show ‘Sang Linggo nAPO sila and starred in at least four movies, usually acting opposite Ogie Alcasid whom she married in 1996. The couple had two daughters before they called it quits. Michelle returned to Australia with her children and eventually married Mark Morrow in 2009.

Kim Bum first came to the attention of Filipino fans because of the Koreanovela Boys Over Flowers where he played Yi Jeong, on of the members of .

The series was such a ratings success in the country (after all, it also had Lee Min Ho as the lead actor) that RC Cola decided to tap Kim Bum as its endorser and paired him up with Maja Salvador. Kim Bum came to the Philippines to shoot the commercial right after Typhoon Ondoy had wreaked havoc on the country. Despite the destruction brought on by Ondoy, they managed to finish the shoot with just some minor delays.