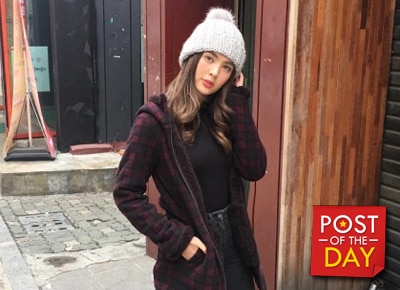 Sofia Andres was tapped to present an award at the Web TV Asia Awards 2016 at the Korea International Exhibition Centre (KINTEX) in Seoul, South Korea. Sofia looked gorgeous in her all-black gown.

She also congratulated the Kapamilya network for being recognized at the awards night.

Sofia even found a new found friend, Kandy Wong, who is a pop star based in Hong Kong. Other Asian and K-Pop stars were also present during the event including Girls Generation and Piko Taro, who popularized the song “Pen Pineapple Apple Pen.”