Throwback: The Megastar Sharon Cuneta in the Kapamilya Network through the Years 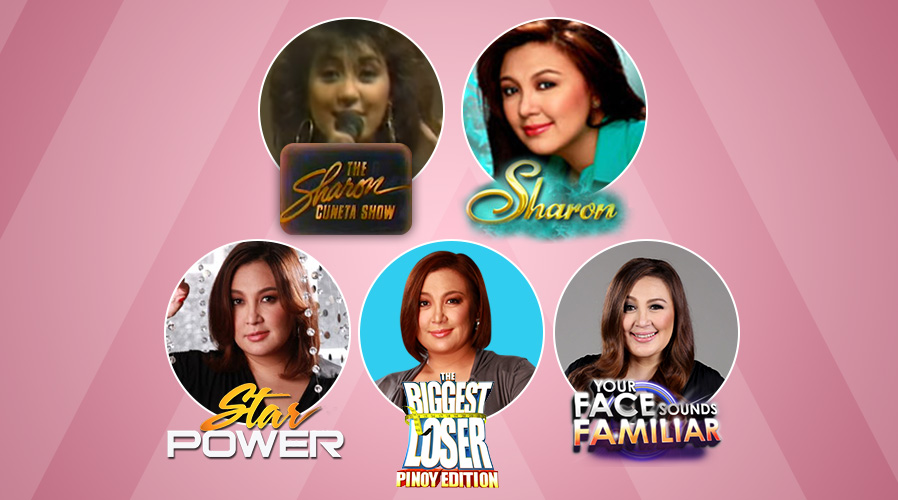 Dubbed as The Megastar, Sharon Cuneta is one of the biggest names in Philippine entertainment. She is a singer, an actress, a TV host, and an endorser for many products. To date, she has had five programs with ABS-CBN ever since she started on television in the late 80s.

As we celebrate her birthday week, let's do a throwback of her five Kapamilya shows:

Also known as TSCS, the Sunday night musical variety show had a two-year run in another network before moving to ABS-CBN on March 6, 1988. It ran until June 15, 1997 and was awarded as Best Musical Variety Show by the PMPC Star Awards for Television in 1993. Sharon Cuneta was also lauded for being the Best Female TV Host by the same award-giving body in 1990 and, consecutively, from 1993 to 1996. TSCS was directed by Bert de Leon.

After a year of living in Boston, ABS-CBN produced a talk show for the TV comeback of the Megastar. The Sunday night musical talk show was titled "Sharon" and it was launched on July 5, 1998. Its first incarnation ran until 2004 while the second season ran from 2006 to 2010. In its initial six-year run, the show became a top rating weekly program and clinched a number of accolades including Best Talk Show and Best Talk Show Host. The second run was honored as Best Entertainment Program of 2007 by the Catholic Mass Media Awards and was commended in the Asian TV Awards. Sharon was directed by Rowell Santiago and Johnny Manahan. 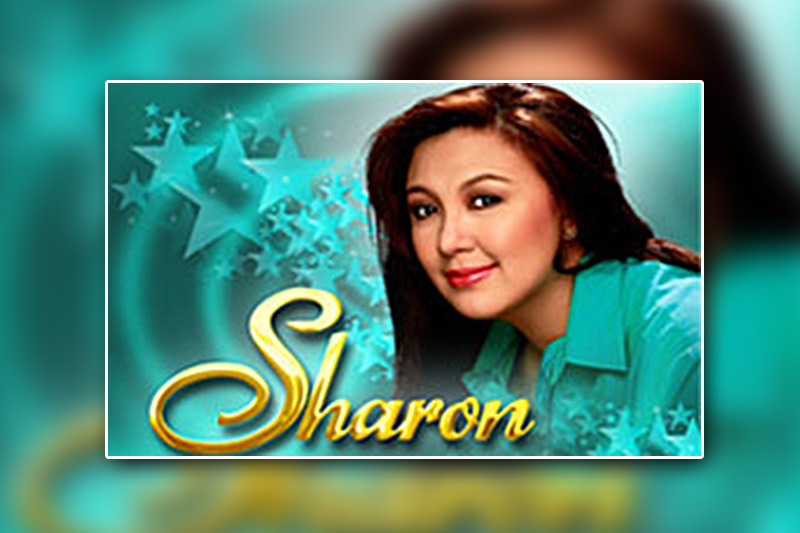 When the long-running musical talk show, "Sharon", ended on October 3, 2010, it was replaced by the talent show "Star Power: Sharon's Search For The Next Female Superstar." The Megastar co-hosted the program with singers Christian Bautista and Erik Santos. It aimed to develop 15- to 21-year-old female singers into becoming the next female singing superstar through weekly challenges and workshops. Angeline Quinto was the winner of Star Power.

After Star Power, Sharon hosted the first season of the Philippine franchise of the popular US reality show, The Biggest Loser Pinoy Edition. It was launched on May 30, 2011. The game master was Derek Ramsay while the trainers were Chinggay Andrada and Jim Saret. It ended on October 8, 2011 with Larry Martin, a former police officer, declared as the winner.

Sharon left ABS-CBN in 2011 but immediately came back in 2015. Her first stint during her comeback was as one of the judges for the reality singing and impersonation contest "Your Face Sounds Familiar." It had two seasons, both hosted by Billy Crawford and both served by the panel of judges consisting of Sharon, Jed Madela, and Gary Valenciano. The three were dubbed as "The Jury."

With these shows in tow, Kapamilya fans surely can't wait for what to expect next. Happy birthday, Megastar!