Arvin “Tado” Jimenez joked about death a day before his accident

A day before the accident, Tado posted a photo of him putting on make-up. The caption read “North o South.. cemetery.” 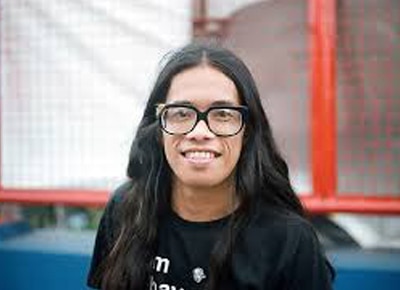 According to an update on “Bandila,” casualties of the accident involving the Florida Bus that fell off a ravine in the Mountain Province on the morning of Febuary 7, are at the Bontoc General Hospital.
The Information Officer of the Cordillera Police Regional Office confirmed that among the 14 who died, is comedian-host Arvin Jimenez, popularly known as Tado. Also included among those who died are two tourists from Canada and the Netherlands.
Investigation says that the bus hit the mountain before it fell into a 120-meter deep ravine. The bus apparently lost its brakes but the conductor was able to jump off the bus before it fell.
The 32 injured passengers are still being treated at the Bontoc Genereal Hospital.
A day before the accident, Tado posted a photo of him online putting on make-up. The caption read “North o South.. cemetery.” Some people took this to be a foreshadowing of his death. The comedian had set off this Friday for Bontoc for a personal project called “40 Mountains Project.” His last posts on his Instagram account include a picture of the Florida Bus he rode and some huge squash he saw during a stopover in Sta. Fe.
Tado rose to fame in 2001 when he co-hosted the reality comedy show "Strangebrew" on UNTV. He went on to appear in a number of ABS-CBN programs, including "Bituin" in 2002, "OK Fine Whatever" and "Masayang Tanghali Bayan" in 2003. He also appeared last year in “It’s Showtime,” where he gave a message to his lookalike Arphie Hope Armachuelo, a contestant and finalist on the show’s ‘Kalokalike’ segment (Watch the video HERE).
Celebrity