He was a heartthrob in the 90's. Cogie Domingo now enjoys fatherhood and loves his family very much. This was followed by Regal Films' horror flick, Sa Piling ng mga Aswang (1999), in which he starred opposite Maricel Soriano. His next project was Jose Javier Reyes's Yakapin Mo ang Umaga (2000), where he played son to Christopher de Leon and Lorna Tolentino.

But what was his most memorable is his lead portrayal of the juvenile prisoner in the award-winning filmfest entry, Deathrow in 2000, in which he co-starred with Eddie Garcia and was coached by director Joel Lamangan.
He went back to showbiz, appearing in Maalaala Mo Kaya on ABS-CBN in 2010. He is now a daddy of two-year old Rhianna.
See photos from the IG of @krissezz. This is the Instagram account of Kristal Hancock, the mother of his 2-year old dau 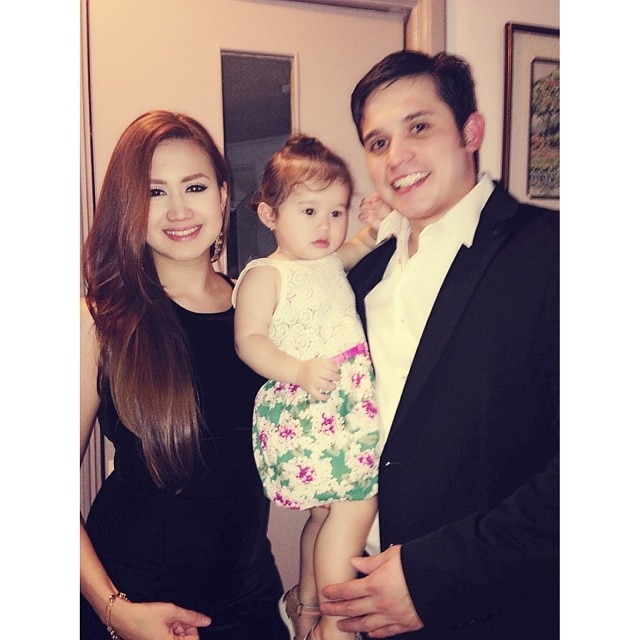