Netizens react to the chemistry of Charlie Dizon and Jake Ejercito

In their first YouTube vlog together, netizens have noticed the chemistry between Charlie Dizon and Jake Ejercito. 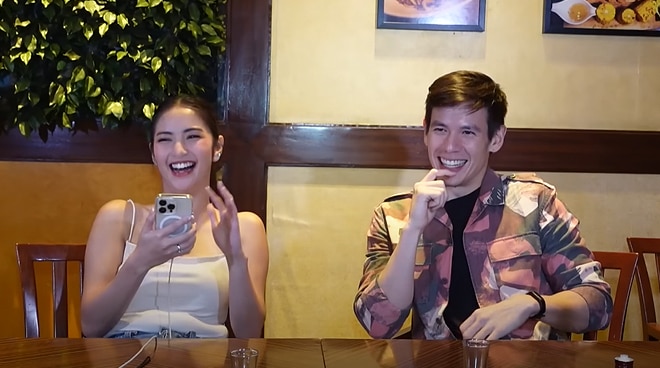 In her latest YouTube vlog, actress Charlie Dizon invited A Family Affair actor Jake Ejercito to do a shot or spill challenge with her. This is their first collaboration which sparked the interest of the netizens.

Netizens commented on how the two celebrities have this natural chemistry. Even though they’ve never worked on a project together, netizens are wondering what it’ll look like if they become onscreen partners.

“The chemistry of these two. I cannot!!! Grabeeee nakakakilig. Petition for tandem pleaseee,” a netizen named John leinnard Mina commented.

Charlie, who was supposed to ask Jake some questions, was pushed by her staff to do the challenge as well. Throughout the vlog, the actress was seen taking a shot each time she didn’t want to answer the question.

In the middle of the vlog, netizens saw how Jake took care of Charlie when she looked like she had too many shots already. The actor gave her water each time she would take a shot of tequila.

Meanwhile, Jake and Charlie answered some questions that aren’t usually being asked in TV interviews. The two were very honest with their answers and gave some life tips while they were responding to the questions.

One of the questions asked was if they ever cheated on their past partners, Charlie wholeheartedly answered no. On the other hand, Jake revealed that he has done it in the past but has learned a lot from it moving forward.

While the two have no projects together as of this writing, some of the fans are begging to see them work together in the future.

In a previous interview with Jake, he has shared that he looks forward to working with the actress. Likewise, Charlie also stated that she would like to have the chance to act alongside the actor.