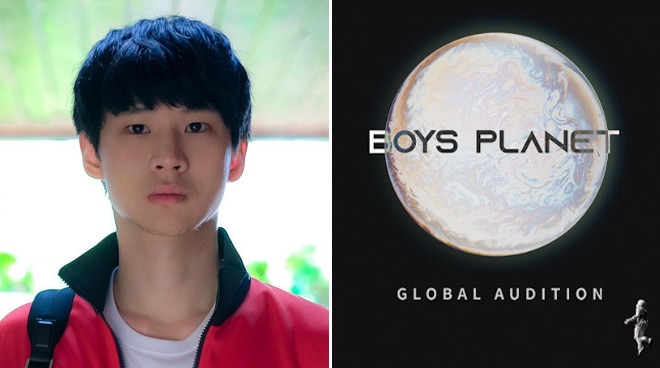 After the success of Girls Planet 999 which launched Kep1er, CJ ENM's music channel Mnet announced in early August that there will be a global K-Pop project called Boys Planet "that will launch the next biggest boy band."

Boys Planet has been holding auditions around the world. BHouse and 360 Entertainment have already held auditions in Indonesia, Singapore, Malaysia, and now in the Philippines.

"Mnet aims to create a global K-pop boy group that will lead the next generation of K-Pop. Finalists that are chosen by the global audience will be promised their debut in 2023," CJ ENM said on its press release.

Kapamilya actor and host Richard Juan, who is the CEO and co-founder of 28 Squared Studios, hopes that the audition will pave the way to bring Filipino talents to the K-Pop scene.

"I strongly believe we have many world-class Filipino talents out here and it’s high time to further show the world what we can do. Hopefully, this Philippine audition in one of the biggest talent competitions on Mnet, or even in Korea, will create the path for Filipino talents to raise our flag in the K-Pop scene," he remarked.

"I personally would audition for this... if I was 10 years younger,” he joked. “I’m looking forward to seeing our talented Filipino auditionees next week," the 28 Squared Studios executive added.

Boys 13 years old and above can audition regardless of nationality and country of residence. All personal trainees, contracted trainees, and debuted artists are welcomed to participate.

The audition in the Philippines will happen at True Creators Studio in Manila on September 14. Participants can perform any of the audition categories which include vocal, rap, and dance.

In order to manage the number of auditionees and observe proper COVID protocols, participants are required to sign up via the given Google form link that 28 Squared Studios and Richard will be posting on social media to apply for the audition before the on-site audition date.

In the form, the following information are included.

2. Audition categories to perform at on-site audition (choose one)

B. Rap: No music accompaniment