Vlogger Benedict Cua is one of the lucky few to be selected to watch BTS live. 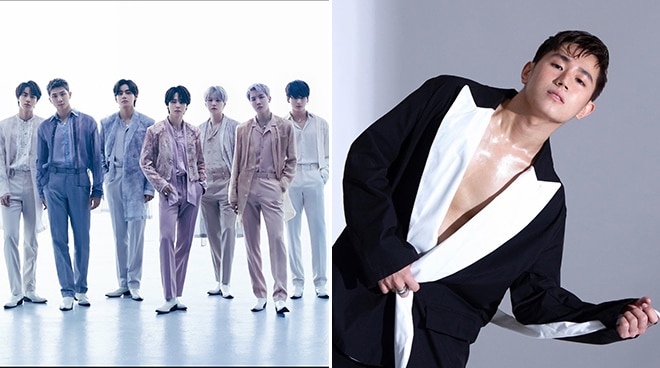 YouTube vlogger Benedict Cua couldn’t contain his happiness as he was randomly chosen to see K-pop boy group BTS at their free concert in Busan which is set to happen on October 15. Benedict gladly shared the news with everyone on his Facebook page.

Netizens, especially the ARMYs, were seen in the comment section of the vlogger’s post. While they are happy for Benedict’s win, they were sharing different memes in the comments.

The Grammy-nominated K-pop boy group will be performing for free in Busan to help the bid of South Korea to host the World Expo 2030. BTS was appointed by South Korea as honorary ambassadors of the event back in July.

Aside from Benedict, film director Joey Reyes was also selected to attend the concert in person after Weverse announced that his name was drawn in the raffle. Being an ARMY, the film director shared how excited he is to meet the K-pop group.

“After feeling so down ... I got the message from WEVERSE that I was chosen via raffle [for] a ticket to the YET TO COME CONCERT of BTS in Busan on October 15!!! WHAT A ROLLER COASTER RIDE FOR THE DAY!!!! JIN ... JUNGKOOK ... JIMIN ... General J is COMING,” he shared.

READ: Kristel Fulgar to star in a mini-series with Benedict Cua she wrote and directed herself

On the other hand, actress and beauty queen Megan Young shared that she wasn’t chosen for the event. After hearing the sad news, Megan treated herself and got her nails done which was inspired by BTS.

ARMYs can watch the free concert at the comfort of their homes. Live streaming will also be available on different platforms such as Weverse, ZEPTETO, and Naver Now.