Heart Evangelista opens up about her most vulnerable moments in a recent interview. 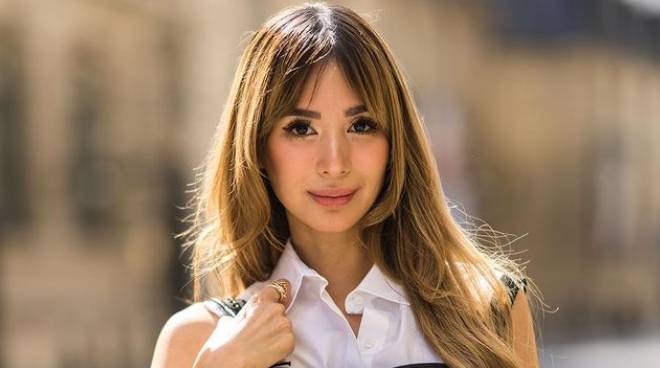 Amid rumors that she and her husband Chiz Escudero called it quits, Heart Evangelista revealed that she’s building a home in Paris.

In an Instagram post, Heart shared the cover of a fashion magazine she recently posed for where the actress opened up about her most vulnerable moments in an exclusive interview with L’Officiel Philippines.

“September is the season to witness a change of heart, or rather, a change in Heart Evangelista's volition in life and career,” said Heart in the caption.

READ: Heart Evangelista: ‘I’m not gonna deny that I’ve been going through some personal struggles’

"Fashion has a lot to do with who you are and what you're going through," Heart said as she talked about “moments of vulnerability and how her style reflects her personal evolution.”

Part of the caption also hinted that she’s moving to Paris which has been described as a dream of hers.

“Read about how she's taking everything in from the highs and the lows as she makes one crucial step after another to finally build the home she had always dreamed of in Paris,” the caption read.

Last Wednesday, September 7, Heart shared a behind-the-scenes video from her shoot for L’Officiel where she can be seen getting emotional.

“It was a moment,” Heart simply said.

Days before she posted the said video, Heart opened up in a vlog that she’s currently “in search of happiness” as she deals with “personal struggles.”

READ: Heart Evangelista on Chiz Escudero: 'I really like what's happening with us right now'

Rumors about Chiz and Heart’s split made rounds after fans noticed she removed her married surname “Escudero” from her Instagram account.