Kris Aquino gives health update; admits almost giving up because of ‘fatigue and being forever bedridden’

Actress and host Kris Aquino reveals she has not been able to eat solid food since February of this year. 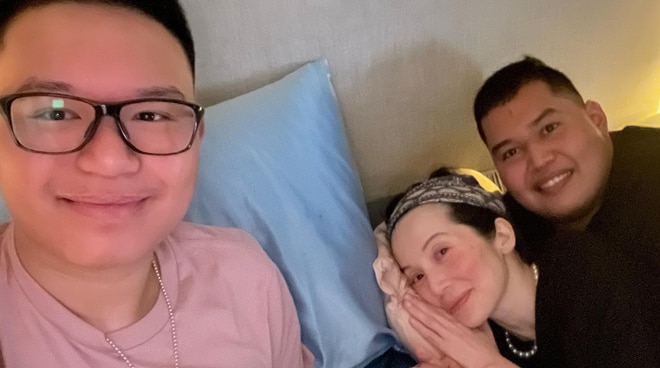 It’s been three months since Kris Aquino flew to the US for treatment for a life-threatening disease after getting diagnosed earlier this year. The TV host has finally posted an update on her health after being silent for more than two months on social media. Last August, Kris’s older sister Ballsy revealed in an online interview that more tests were being done on their youngest sibling. In her post, Kris clarified part of Ballsy’s statement.

“Naguluhan si Ate during the zoom Q&A: to clarify we left the  I was already diagnosed with 3 autoimmune conditions. It was while here in Houston that I was diagnosed with a 4th. Unfortunately all my physical manifestations are pointing to a possible 5th- opo, pinakyaw ko na!”

READ: Kris Aquino’s sister Ballsy Aquino on Kris’ treatment in the US: ‘She was feeling that she was about to give up’

In her latest Instagram post, Kris explained why it took a while before she shared an update with her 4.8M followers online. “I didn’t want to post until I had clarity about my health situation.

“Maraming salamat po because I know from my Ate and friends back home that many still continue to pray that I get better.

“There have been times I wanted to give up-because of fatigue and being forever bedridden; the bruises all over my body that suddenly appear; my inability (since February) to tolerate solid food; headaches; bone deep pain in my spine, knees, joints in my fingers; and my constant flares esp. in my face that just keep getting worse…”

Despite having to put her career in the backseat to focus on her health, Kris shared that it is her family that is keeping her strong right now as she undergoes numerous treatments. She is currently in Houston, Texas along with her two sons Joshua and Bimby.

“BUT I remind myself Kuya and Bimb still need me and mahiya naman ako sa lahat ng mga patuloy na nagdarasal para gumanda ang kalusugan ko if I just give up.

“I am grateful to be blessed to have the means for us to move to another state, and have more tests done & go to other specialists; and finally start my immunosuppressant therapy. I was warned that the safest form of chemotherapy (I don’t have cancer) that can be used for my autoimmune conditions will make me lose my hair. Hair will eventually grow back but permanently damaged organs won’t—so dedma muna sa vanity.

“Good night and God bless to all with #lovelovelove from Kuya, Bimb, and me.”

Known as the Queen of All Media in the country, Kris first started acting in 1990 before venturing into hosting talk shows like The Buzz, Boy & Kris, and Kris TV. She is also known for hosting Kapamilya game shows like Game KNB?, Kapamilya Deal or No Deal, Wheel of Fortune, The Price is Right as well as  serving as a judge on the first four seasons of Pilipinas Got Talent. She was diagnosed earlier this year with a rare condition called Eosinophilic Granulomatosis with Polyangiitis (EGPA) as well as having Multiple Autoimmune Syndrome.