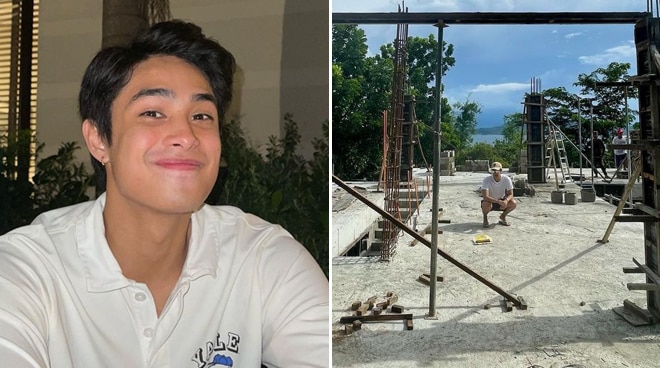 Donny Pangilinan couldn’t be any prouder that his dream of owning his own house is now within reach.

Donny, in the said photo, posing on what appears to be the upper level of his soon-to-be new home.

In the caption, he wrote “almost there,” seemingly teasing fans that his new house is almost finished.

The 24-year-old actor also shared the name of his new house which he called “Caso Donato.”

Meanwhile, Donny’s family and friends congratulated him for his new milestone in life.

Father-and-son Gary and Gab Valenciano commented, “Happy for you, Donny,” and “Proud of you, ‘cuz,” respectively.

Daniel Matsunaga, on the other hand, told Donny to invite him once construction is finished.

Donny Pangilinan is the son of actress Maricel Laxa-Pangilinan. His father Anthony is the brother of former Senator Francis Pangilinan. His maternal grandfather, Tony Ferrer, was an actor dubbed The James Bond of the Philippines.

Although he comes from showbiz royalty, Donny made his way up on his own — starting as a MYX VJ in 2016. Since then he has starred in numerous successful films and TV shows including the series He’s Into Her where he starred alongside Belle Mariano.