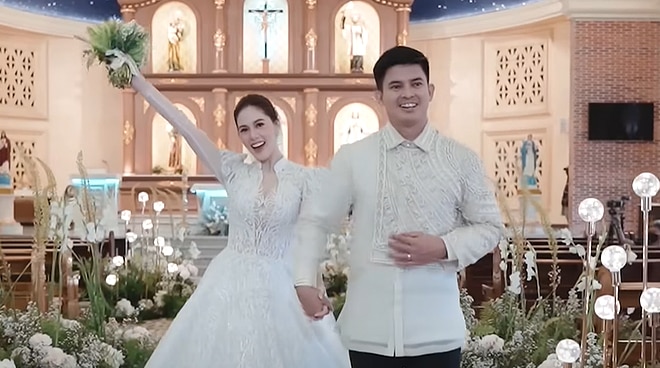 Nice Print Photography has released the official wedding video of celebrity couple Jason Abalos and Vickie Rushton, days after they tied the knot in a star-studded church ceremony.

The video, which was uploaded on YouTube, shows highlights of their big day, including their preparations for the wedding and the reception that followed afterward.

It captured the emotional moment when Vickie entered the church and walked down the aisle towards Jason, who could not help but cry. It also included their first kiss as officially a married couple.

The pair announced their engagement last June after being together for more than a decade. They first met in 2010 during a Kapamilya Caravan event in Bacolod and soon after started dating. They then went public with their relationship in 2011.