Matteo Guidicelli makes history as the first celebrity reservist who will undergo the Presidential Security Group training course this month. 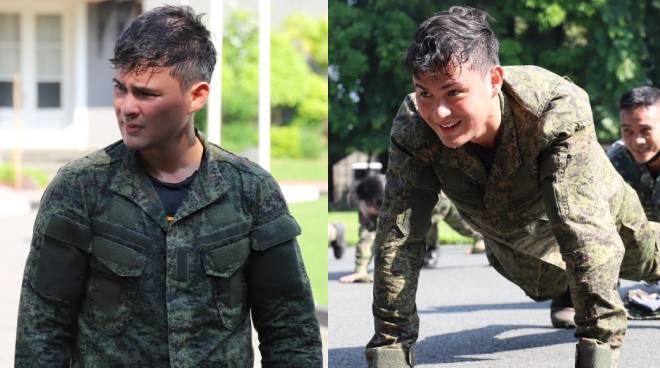 In 2019, Matteo Guidicelli made history as the first local celebrity to officially join the Army Reserve Command after completing the Philippine Army's elite forces 30-day Scout Ranger Orientation and Leadership Development Course which earned him his current rank as a 2nd Lieutenant of the Armed Forces of the Philippines. This month, the 32-year-old actor and athlete makes history once again after joining the Presidential Security Group’s (PSG) VIP Protection Course class of 129 and 130 last August 25 at the PSG Grandstand, Malacañang Park, Manila

According to the PSG’s official Facebook page, the kind of training Matteo would receive is “the VIPPC or VIP Protection Course is a highly-specialized professional service course that is offered to the PSG troopers who are dedicated to ensure a 360-degree protection of the President, his immediate family, as well as visiting heads of state or government.”

The page also highlighted Matteo’s presence as a first in PSG’s VIPPC history wherein a celebrity reservist will join this specialized training.

The PSG Facebook page also shared snapshots of the reception of VIP Protection Course Classes which started with physical activities to initially test and gauge the trainees' overall strength and stamina which they will need for the days to come. Not a stranger to doing grueling workouts, Matteo is known as one of the fittest celebrities in the industry, doing consistent workouts even during the pandemic.

In 2020, Matteo starred in the hour-and-a-half long iWantTV documentary, Ranger G, which featured his life during his Scout Ranger training.