LE SSERAFIM confirmed to make a comeback with 5 members

FEARNOTs, are you ready to hear new music from LE SSERAFIM? 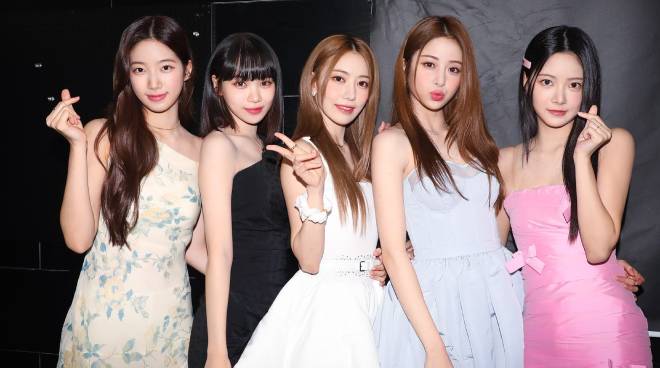 Months after their successful debut into the K-pop industry, girl group LE SSERAFIM has been confirmed to make its comeback this year. This comes after their entertainment agencies, HYBE and Source Music, shared that the group will move forward as a five member act.

“It is true that LE SSERAFIM is preparing for a comeback. We’ll let you know the detailed schedule later,” Source Music shared with a Korean news agency.

This would be their first comeback without Kim Garam who left the company months after her debut with LE SSERAFIM. She was accused by her former classmates of numerous bullying allegations.

Meanwhile, FEARNOTs, the fans of the girl group, are excited about the comeback of their idols. Even as they are still adjusting to the change of member line-up, fans are still hyped up about the return of LE SSERAFIM on stage.

LE SSERAFIM debuted last May 2022 with their hit song, “Fearless”, which topped the Korean charts in the first few weeks of its release. Meanwhile, their music video has amassed 109 million views as of this writing.

They are a five-member group with members from different nationalities. Kim Chaewon, their leader, is Korean alongside their youngest, Hong Eunchae. They also have a Korean-American member in Huh Yunjin, who is the group’s vocalist. Japanese members Sakura and Kazuha complete LE SSERAFIM’s line-up.