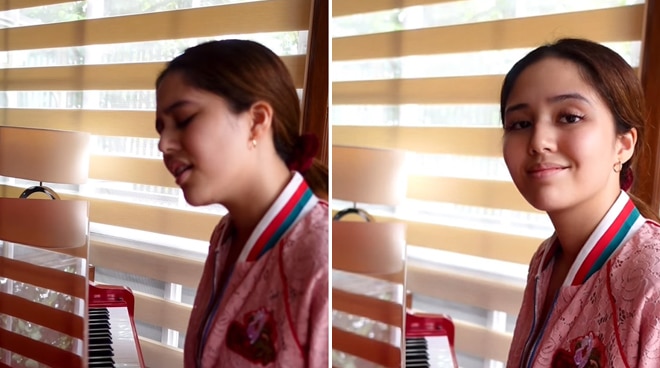 Jayda Avanzado, the only child of Jessa Zaragoza and Dingdong Avanzado, did a cover of the theme song of the hit Disney classic The Little Mermaid, “Part Of Your World.”

Jessa shared a clip of Jayda singing the song while playing the piano herself.

Jayda entered showbiz in 2017, signing a contract with Cornerstone Entertainment. She then left the agency and transferred to Rise Artists Studio in 2021 after three years.

In August, it was announced that she will make her acting debut via Teen Clash.

Meanwhile, Disney recently released the teaser for the upcoming live-action adaptation of The Little Mermaid.
Viewers got the chance to catch a glimpse of actress Halle Bailey taking on the role of Ariel.

The teaser also gave fans a sneak peek of Halle belting out a line from the iconic theme of the Disney classic, “Part of Your World.”

Directed by Rob Marshall and written by David Magee, the film is set to be released in theaters in May 2023.

READ: Here’s the first glimpse of Halle Bailey as Ariel in Disney’s ‘The Little Mermaid’