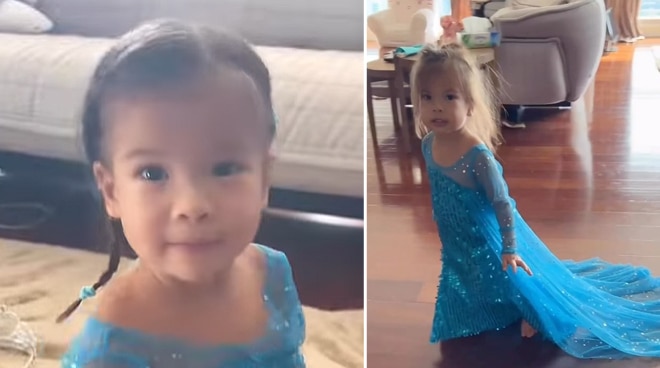 Anne Curtis’s daughter Dahlia is the cutest — and she’s proven it again.

In a video posted on her Instagram account, the two-year-old daughter of Anne Curtis and Erwan Heussaff can be seen wearing a blue dress similar to the one worn by Elsa from the hit Disney animated film Frozen.

But that’s not all. Dahlia also started singing one of the film’s original soundtrack songs — “Let It Go” — after her mom uttered the words: “Hi Elsa! Can you sing for me?”

Even Anne herself couldn’t resist the cuteness of her own daughter. She can be heard giggling in the video as her daughter started singing while walking around their living room area.

With her daughter finally channeling her inner Disney princess, Anne couldn’t help but say: “We are definitely in a princess stage.”

Like the supportive mom that she is, she braided Dahlia’s hair.

She thanked her friend, hairstylist Raymond Santiago, for getting the dress for her daughter.