Lea Salonga is one of the honorees of this year's Time100 Impact Awards. 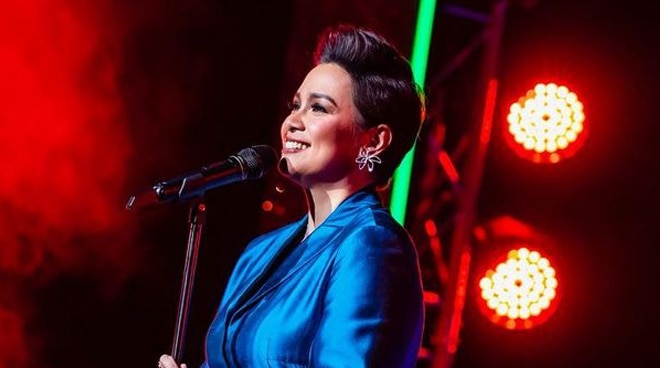 Lea Salonga has been named as one of the honorees of this year's Time100 Impact Awards.

The TIME100 Impact Awards "recognize leaders who, through sustained effort, have done extraordinary work to shape the future of their industries and the world at large."

TIME dubbed Lea as a "life-long role model for kids of color."

"Salonga prides herself on promoting representation in Hollywood and on Broadway, and showing underrepresented groups that their stories matter," the magazine said.

In an interview with TIME, Lea talked about becoming the singing voice of Mulan, which she said was especially meaningful as someone who is of Asian heritage herself.

"All of a sudden, the people that look like me had a princess," Lea stated.

The Filipino singer also talked about playing Kim in Miss Saigon, a role that won her a Tony Award. She said that the role made her realize that "it is possible for a kid from a small country in South East Asia to get to do this and to be awarded."

Aside from Lea, this year's honorees include Dr. Pardis Sabeti, Ellie Goulding, Tony Elumelu, and Will.i.am, among others.

Lea made her West End and Broadway debut at the age 18 when she played the role of Kim in Miss Saigon. She then became the first actress of Asian descent to play the roles of  Éponine and Fantine in the musical Les Misérables on Broadway.

Aside from Mulan, she also became the singing voice of Aladdin's Princess Jasmine. She starred in numerous theater and television shows throughout her career.
Lea is currently part of HBO Max's Pretty Little Liars: Original Sin. She plays the role of Elodie Honrada.

On October 2, TIME will be hosting an event for the TIME100 Impact honorees at the National Gallery Singapore.

TIME will be partnering with Singapore Economic Development Board (EDB) and Singapore Tourism Board (STB) in organizing the event.

“We’re thrilled to be partnering with Singapore Economic Development Board and Singapore Tourism Board to convene our TIME100 community in Singapore for the first time, and we look forward to spotlighting business leaders who are moving our world forward and celebrating the extraordinary achievements of our TIME100 Impact Award honorees,” TIME’s Vice President of events and editorial director of the TIME100 Dan Macsai said as reported by Manila Bulletin.