Sunshine Cruz has not made any comment on the issue. 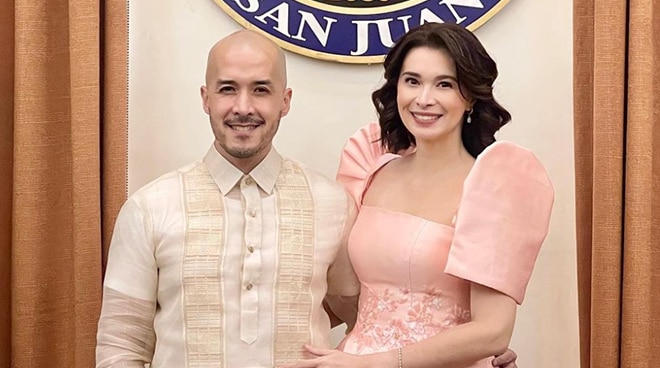 Sunshine Cruz has unfollowed her boyfriend, Macky Mathay on Instagram. The actress has also been posting cryptic messages on her Instagram, which lead fans to assume she is no longer with her partner.

During a lock-in taping, the actress shared that she had some realizations.

“It wasn’t easy coz there’s not much you can do but pray and hope for the best. Challenges and trials will always be part of our lives and at the end of the day, we just have to focus on positive things coming our way,” she wrote.

Netizens also commented how Macky wasn’t in the photos of Angeline’s 21st birthday party. Meanwhile, he was seen during the 18th birthday of Sunshine’s other daughter, Samantha.

“Everything happens for a reason, live it, love it, learn from it,” she continued.

Although no confirmation has been given by both parties, friends of the actress have made heartfelt messages on Sunshine’s post. The 45-year-old actress also posted her rendition of Nathalie Cole’s” Someone That I Used to Love”.

“Tight hug and kisses for you, Shine,” Cathy Valencia added.

Although Sunshine is not following her partner on Instagram, Macky is still using their couple photo as his profile picture and is still following the actress.

The two have been dating since 2016 and celebrated their fifth anniversary last September 2021. As of this writing, there have been no posts from either Sunshine or Macky about their sixth anniversary.

In a previous interview, Macky admitted that he made the first move by messaging the actress on her Instagram account. He also added that he was the first one to fall in love between the two of them.