Kim Chiu talked about being the breadwinner of her family. 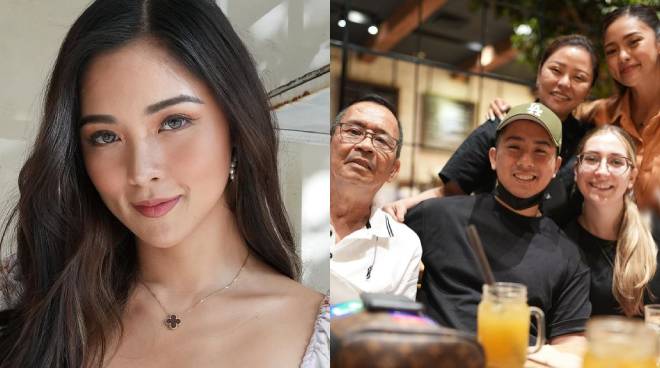 Kim Chiu talked about becoming the breadwinner of her family following her Pinoy Big Brother journey, which launched her career at the age of 16.

The actress pointed out that nobody obliged her to become the breadwinner in her family. Instead, she willingly decided to help her family financially as she already started earning that time.

In the same interview, Kim received a surprise from her siblings, which made the actress emotional.

Her brother John Paul, who graduated as a pilot in Canada, also sent a video message dedicated to his sister.

"Sobrang salamat kasi hindi ka madamot as a person and as a sister, kaya we really appreciate everything that you did for the family, especially to me. Thank you for giving me a new life dito sa Canada and thank you for letting me prove to you na gusto ko talagang maging piloto," she stated.

Her siblings Twinkle and William also visited Kim at the Magandang Buhay set.