Angeline Quinto shared the good news with everyone during her concert. 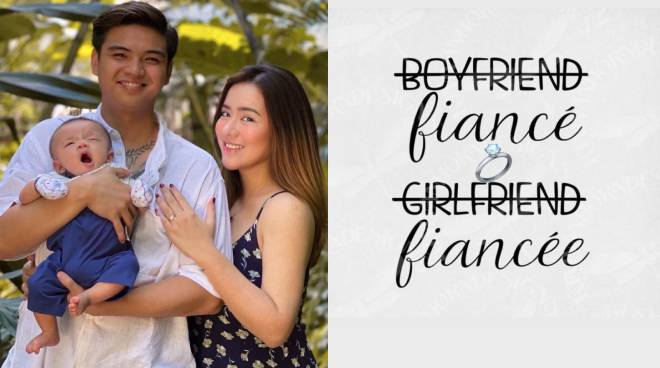 Singer-actress Angeline Quinto revealed that she is now engaged to her non-showbiz partner Nonrev Daquina. She announced her engagement during one of the segments of her concert in the United States.

In one of her Instagram stories, Angeline also hinted that she is now a fiancée.

The audience cheered after Angeline’s surprise announcement during the concert. Meanwhile, her followers have been active on social media––sharing the good news with everyone.

On her Instagram stories, the 32-year-old singer shared different quotes prior to her announcement. In one of her stories, she shared that it was “time to write a new story.”

Angeline and Nonrev have been together since 2020 before the COVID-19 pandemic lockdown began. They share a child, baby Sylvio, who was born last April. The singer revealed in a previous vlog that they have been living together ever since they found out she was pregnant.

No other announcement was made by Angeline or her management as of this writing.

Currently, Angeline is in the United States for her 10Q US-Canada tour alongside her fellow singers Bugoy Drilon, Michael Pangilinan, and Daryl Ong.