Rico Blanco took to Instagram to greet his girlfriend Maris Racal on her birthday. 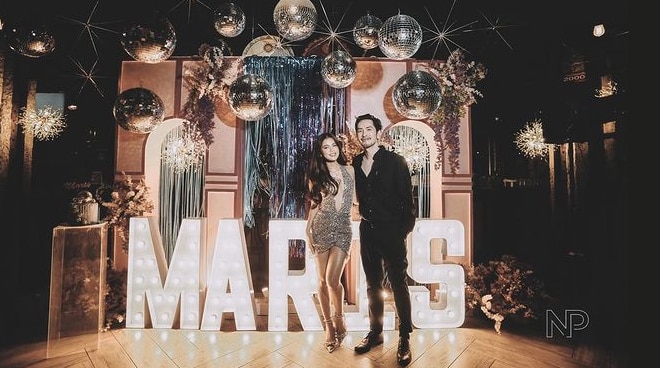 Rico Blanco took to Instagram to greet his girlfriend Maris Racal on her birthday.

The actress-singer turned 25 on Thursday, September 22.

Sharing photos and clips of himself with Maris, the OPM icon wrote: “happy birthday sweetheart.”

Earlier, Rico and Maris shared a sweet moment during the actress’s birthday bash held in Taguig City on the eve of her birthday.

As seen in a clip posted by the actress on Instagram Stories, Rico joined Maris for a duet of Smokey Robinson’s hit “Cruisin’.”

Maris confirmed her relationship with Rico, 49, in May 2021, several months after they sparked rumors of a romance with the actress's birthday greeting for the former Rivermaya frontman.

Earlier this month, the two also shared the stage at Rico’s major solo concert held at the Araneta Coliseum, surprising the audience with a duet of their collaboration song “Abot Langit.”