Jose Mari Chan on having his own Funko Pop figure: ‘It’s a real thrill and honor’ 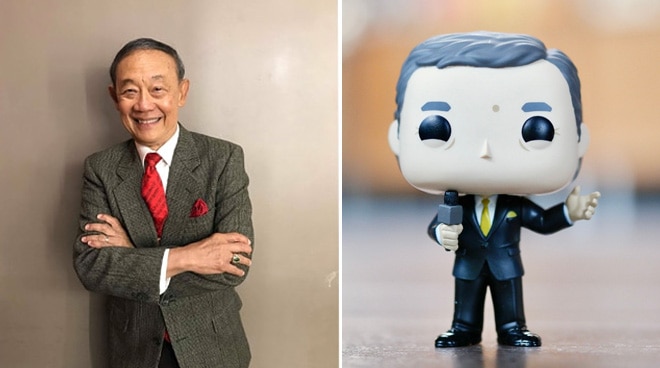 "It’s a real thrill and honor for me to now be part of the Funko family."

These were the words of Philippine pop culture icon Jose Mari Chan who has been immortalized in a Funko Pop figure recently.

In an interview with ABS-CBN News, the singer expressed his excitement at how the popularity of his Christmas songs led him into having his own Funko Pop.

"Now I know that I am relevant to young people. They may not know my earlier songs, but because of my Christmas songs, I have now been Funko-ed!" he remarked.

Jose Mari's Funko Pop started becoming available in the Philippines on September 1, the same day when the singer's songs were played on the airwaves and on different programs to signal the start of the "longest Christmas season in the world."

According to Funko Funatic Philippines founder and administrator Nikko Lim, it was in 2020 when he first got the idea of a JMC Funko Pop.

"We are always thinking of possible Funko exclusives for the Philippines. (We noticed that during) the last quarter of 2020, Jose Mari Chan memes became very popular in social media, so I thought, ‘Why not a JMC Funko Pop?'" he said.

He pitched the idea to Jose Mari's daughter Liz afterwards. The singer later on agreed to the project after he was shown the Funko Pops of the international artists. He then forwarded the idea to Funko's Chief Creative Officer Brian Mariotti.

"I told him how popular JMC is and how relevant he is to Philippine pop culture... I hope this project will open doors for more Filipino artists as a Funko Pop," Nikko said.

Read: Jose Mari Chan reveals why he loves the Christmas season: ‘That’s the best for me’

Jose Mari is the third Filipino to be immortalized as a Funko Pop. World boxing champion Manny Pacquiao and comedian Jo Koy previously had their own Funko Pops.