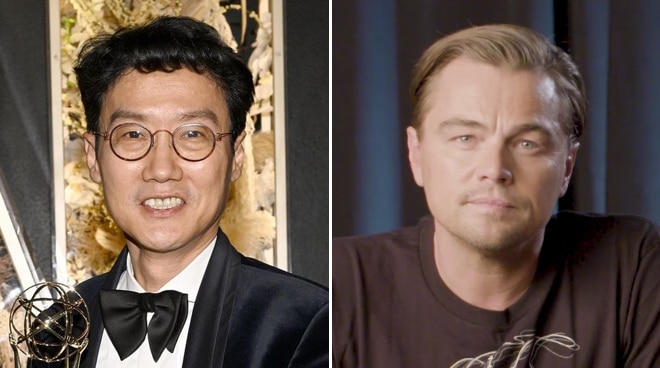 Squid Game director Hwang Dong-hyuk said that Hollywood actor Leonardo DiCaprio could be asked to join the hit Korean series. The Emmy-winning director pointed out that there might be a chance for the acclaimed actor to be part of the third season.

"There will be no known Hollywood actor in Season 2. That’s not in the plan and if the stage changes, maybe in Season 3 – but for Season 2, it is still set in Korea. Leonardo DiCaprio did say he’s a big fan of Squid Game, so maybe if time or chances allow, we can ask him to join the games," he said according to a report by Variety.

Dong-hyuk confirmed that they will start filming for the second season of the hit series in 2023.

"We will start shooting Season 2 next year and it’ll be released the following year," he remarked.

The director shared that the new season will have a bigger budget for production, which includes a level-up version of the games.

Squid Game lead star Lee Jung-jae, though, was not present at the event due to the Toronto International Film Festival, and instead sent a recorded message.

In his message, the actor said that he hopes more Korean content will reach the global audience in the future.

"Though much news about Squid Game has been released and we’ve received many awards, what’s more important and happy for me is the fact that Korean content is reaching out and well-loved by so many people around the world,” he stated.

He went on: “I hope more Korean content, similar to Seasons 2 and 3 of Squid Game, will be released so that more brilliant filmmakers, actors and actresses will gain more opportunities to meet global audiences.”

The series tells the story of a group of people who joined a survival game to win billions in prize money.