Taylor Swift is set to release her tenth studio album ‘Midnights’ on October 21. 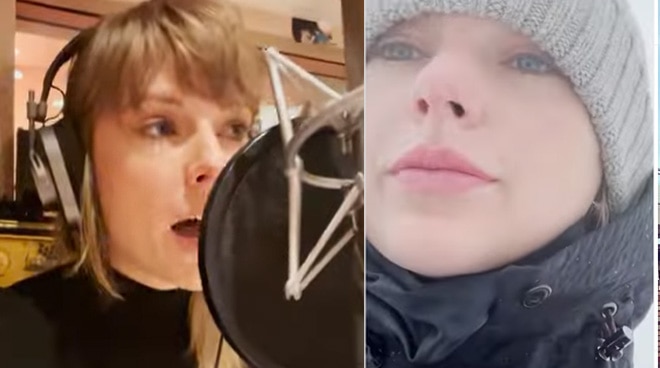 Taylor Swift shared a montage featuring the behind-the-scenes of the making of her upcoming album Midnights.

On Saturday, September 17, Taylor posted a reel and a TikTok video where she gave a sneak peek into the process of creating her tenth studio album.

"The making of Midnights," she simply wrote.

In the video, Taylor can be seen playing instruments and recording her vocals. She also confirmed in the video that she is working again with Jack Antonoff, the same producer she worked with in her previous mega albums including 1989 and Folklore.

Taylor announced back in August that her 10th studio album Midnights will be released on October 21.

"We lie awake in love and in fear, in turmoil and in tears. We stare at walls and drink until they speak back. We twist in our self-made cages and pray that we aren't - right this minute - about to make some fateful life-altering mistake," said in her Instagram post as she introduced her new album to the public on August 29.

Taylor shared that Midnights "is a collection of music written in the middle of the night, a journey through terrors and sweet dreams."

"The floors we pace and the demons we face. For all of us who have tossed and turned and decided to keep the lanterns lit and go searching - hoping that just maybe, when the clock strikes twelve... we'll meet ourselves," she added.

Taylor first made the announcement about her new album at this year's MTV Music Awards, where she bagged the awarding ceremony's highest honor. She won Video of the Year award for the music video of "All Too Well (10-Minute Version) (Taylor's Version).

"I had sort of made up my mind that if you are going to be this generous and give us this, I thought it might be a fun moment to tell you that my brand new album comes out October 21st," she announced at the VMAs.