Vina Morales shares how happy and excited she was while walking down the runway. 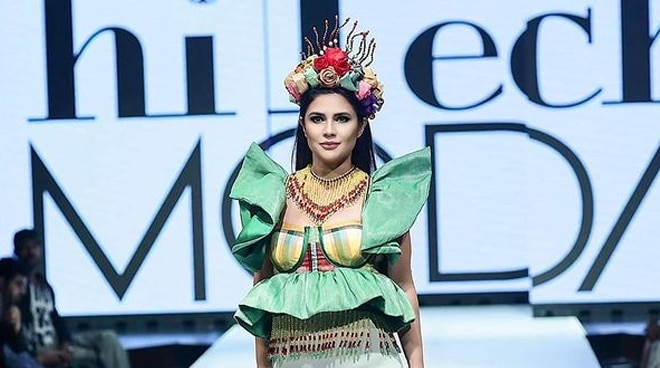 Singer-actress Vina Morales walked the runway of the New York Fashion Week 2022 as she modeled for one of her advocacies. Vina stunned the audience as she did the honors of doing the grand finale walk for the event.

Vina made sure to show off the green dress that was designed by one of her friends, Joy Soo, with beadwork done by John Cloma.

READ: Vina Morales gets ready for US concerts with American singer Jim Brickman

The Kapamilya singer-actress was excited to strut down the runway knowing she was doing it for a good cause. Vina revealed that while it was an honor walking for an advocacy she was pushing for.

“Such an honor to do the grand finale walk at the New York Fashion Week of Musa event for a good cause 💚 The Musa Advocacy that I am supporting helps the prisoners and indigenous tribes in Davao del Norte to have better lives,” she shared.

Her designer friend, Joy, thanked her in the comment section for agreeing to do the show without any hesitations on her end. Vina’s friend shared how much of an impact it was for those in Davao del Norte.

Aside from her show of support to her friend and her advocacy, Vina also revealed one of the reasons for her passion to support the advocacy and her roots in Davao del Sur.

“My great great grandmother who married an American soldier during the war is from a Tagakaulo tribe which originates from Davao del Sur,” she said.

Multiple showbiz personalities such as Amy Castillo, Darla Sauler, and Teresa Loyzaga, to name a few, congratulated the singer for a job well done at New York Fashion Week.

Vina has been in the US performing in several cities. Last August, the singer performed alongside American musician Jim Brickman in California.