Angelica Panganiban feels grateful to have her friends

Angelica Panganiban shows her gratitude towards the people who helped and supported her all throughout the nine months. 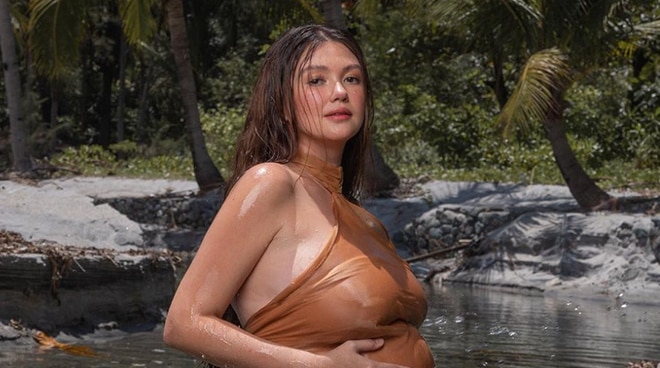 Soon-to-be-mom and actress Angelica Panganiban was extremely thankful for the friends who accompanied her during her pregnancy journey. The actress took to social media to show her gratitude towards the different groups of friends she has.

Angelica is now in her ninth month of pregnancy and is ready to give birth anytime soon.

Seen in the set of photos that the actress shared were the different celebrities that helped her even before she announced her pregnancy. Aside from her friends in the industry, the heads of her home network, ABS-CBN, were also included in the photos.

Angelica’s friends also commented on the post to show how thankful they were for being part of her journey towards motherhood.

Meanwhile, other celebrity friends such as Bela Padilla, Mylene Dizon, Alyssa Valdez, and Ryan Agoncillo shared how excited they are for the baby’s arrival. According to their comments, Angelica is nearing the home stretch of her pregnancy.

Netizens have also expressed their excitement for Angelica’s baby to come out. They are amazed by the amount of support that the showbiz industry gave the actress during the nine months.

It was late in March when the actress announced that she is pregnant with her first child. She met her partner, Gregg Homan, two years ago while she was busy shooting a teleserye in Subic.