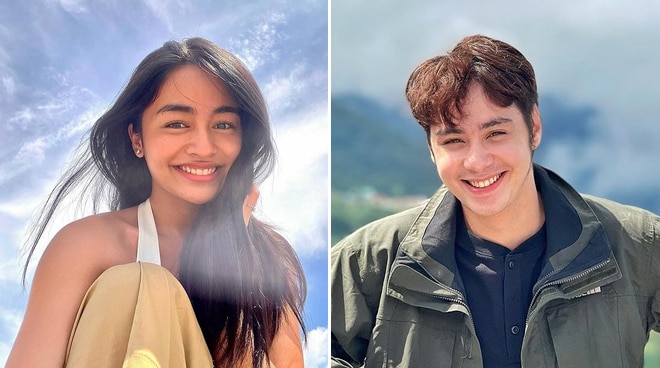 In her six years of working in showbiz, actress and singer Vivoree Esclito said she has not been tired of playing supporting roles after being given the opportunity to act since she her stint as a housemate on Pinoy Big Brother: Lucky 7 in 2016.

“I really do think that I still have a long way to go and marami pa akong puwedeng matutunan and sa mga roles ko din, marami pa akong kailangan i-discover about myself. And marami pa akong roles na gustong gampanan. Aside from acting, I also want to explore music kasi first love ko talaga yung music, singing, and dancing. I learned to love acting lang after PBB when I joined acting workshops so madami pa akong gustong matutunan and ma-experience, “ she shared during the Love Bites presscon held last September 14.

In the Love Bites premiere episode titled “Lost But Found”, Vivoree gets paired with Fil-British actor Anthony Jennings for the very first time. The two are also part of the cast of ABS-CBN’s youth-oriented series Tara G! which was also released this year.

“Honestly, hindi ko in-expect. Ako kasi, wala naman akong official love team but I’m open to working with anyone and sobrang happy and natutuwa talaga ako na I was able to work with Anthony for this project. Friendship is the best foundation talaga sa kahit anong aspect talaga in life. At saka para ma-build din yung trust para you can give and take din sa mga eksena,” she admitted.

Currently single, the 22-year-old RISE artist shared how her own experiences with love helped her become a better person.

“Well ako I’m just going with the flow naman. Hindi ko naman maitatanggi na I’ve had mga things with guys before pero sobrang importante talaga sa akin yung self-care. Every time I get my heart broken talaga parang I focus on myself more and parang I really want to grow in myself and be a better person. Kasi you know, once dumating na yung para sa ‘yo talaga, you’ll be fully prepared kumbaga and you know na para sa iyo talaga and you know your worth na. Hindi na siya kagaya ng dati na you know nothing about love kaya wala ka din parang nagagawa when you get your heart broken,” she said.

Regardless of her relationship status, Vivoree admitted that finding inspiration with love is an advantage for her in acting.

Watch Vivoree Esclito and Anthony Jennings in the premiere episode of Love Bites called “Lost But Found.” Love Bites is composed of eight different stories of love featuring some of the brightest Kapamilya stars. Available for streaming on ABS-CBN Entertainment YouTube Channel.