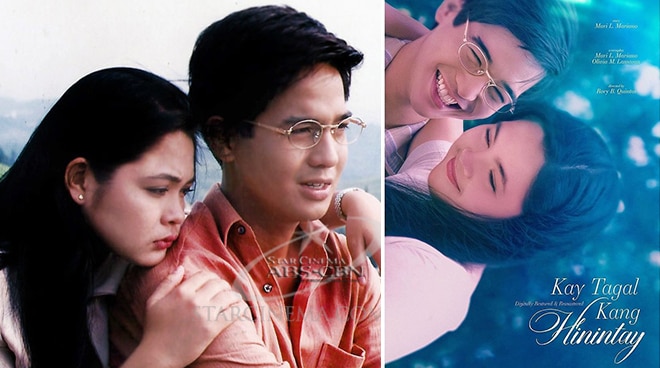 She wrote, “ABS-CBN Sagip Pelikula presents the digitally restored & remastered KAY TAGAL KANG HININTAY (1998), directed by Rory B. Quintos, from the story of Mari Mariano, and the screenplay by Olivia M. Lamasan and Mari Mariano.

“Join us on September 22, Thursday at 7:30 pm for the digital premiere of the restored version on KTX.PH!

“A special Spotlight Interview with Judy Ann Santos-Agoncillo will be included as a pre-show!

“Directed by Rory B. Quintos

In the film, Juday plays the role of Ana Cordero, a hardworking secretary and family breadwinner who meets a frustrated businessman (Rico Yan) who one day dreams of owning his own restaurant. The two cross paths and find attraction with each other while on their respective vacations in Vigan, Ilocos Sur but go their separate ways. Once back in the city, fate gives them another chance to give love another try.