Juia Barretto noted that she is happy for Joshua Garcia and Bella Racelis. 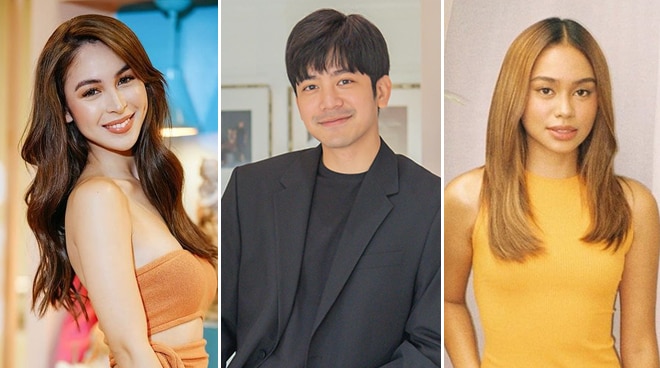 Actress Julia Barretto expressed her thoughts on Joshua Garcia’s rumored relationship with beauty vlogger Bella Racelis. During the Maritest segment of the variety show Tropang LOL where Julia was a guest, Julia was unaware of her former onscreen partner’s current love life.

During the segment, Julia was given by the host Matteo Guidicelli a series of celebrity-related questions and one of which was directed towards Joshua.

Even with the choices being given, Julia admitted that she had a hard time answering which resulted in her asking the audience for help. Besides Joshua, the choices that were given to her were Donny Pangilinan, Alden Richards, and Diego Loyzaga.
Ultimately, Julia decided to answer Joshua’s name which was the correct answer to the question.

Matteo poked fun at Julia and called it a “sensitive topic” to discuss given the history between her and the actor. The actress was quick to respond and correct Matteo’s jab.

Although Julia wasn’t aware of the relationship rumors of Joshua and Bella, she shared that she is happy for him. For her, as long as Joshua is happy with his life then that’s fine for her.

Julia is currently starring in the film Expensive Candy with Carlo Aquino. On the other hand, Joshua is currently part of the teleserye Darna: The TV Series alongside Jane De Leon and Janella Salvador.