Actor and congressman Richard Gomez took to social media to greet his daughter Juliana as she turned 21. 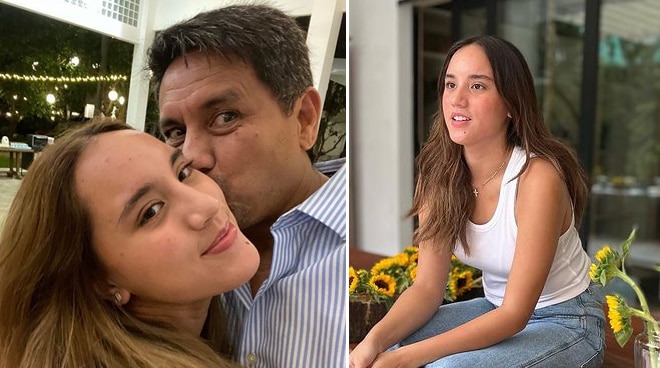 Actor and congressman Richard Gomez took to social media to greet his daughter Juliana as she turned 21.

On Instagram, Richard shared his birthday wish for his daughter, who celebrated her birthday last Thursday, September 8.

“Belated happy birthday, my love!” he wrote. “You have always been the bearer of joy in the family, and will always be. Bring the sunshine w you and your infectious laughter all the time everywhere you go. Be the best you can be.”

Juliana is the only child of Richard and his wife, Lucy Torres-Gomez.

In a recent interview, Richard admitted that he feels nervous now that Juliana is getting closer to Lucy’s age when he married her in April 1998.

“Lucy just turned 23 when I married her, and now Juliana is 20. Ang bilis ng panahon!” he told ABS-CBN News.

“When we attend weddings, 'pag father and daughter dance na, I whisper to him: Can you imagine si Juliana 'yan?” shared his wife Lucy.

“My parents are actually very relaxed about it, because uhm, wala, like they always see him around,” Juliana shared in a past interview, as quoted by Candy Mag.

“And we both fence,” she added, noting their shared interest in the said sport.

Sharing his advice for his unica hija, who is now taking up Public Administration at the University of the Philippines, Richard said: “I told her to take care of herself. Ingat ka kasi ang daming mambobola sa ‘yo. You must learn to differentiate!”