He is set to film the movie early next year. 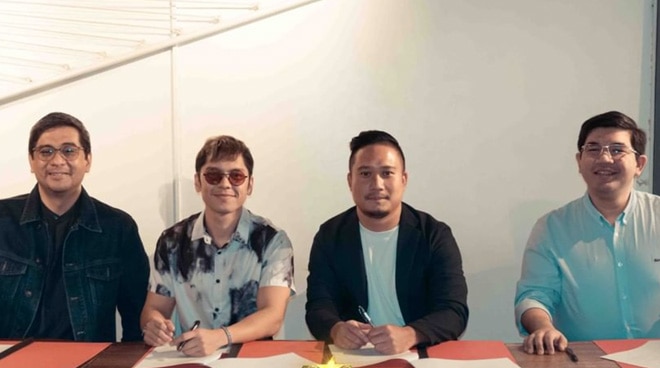 Actor Carlo Aquino will finally get to showcase his acting chops to the international scene after being recently chosen to star in a film by Japan’s 034 Productions.

Star Mgic took pride in Carlo’s feat, saying it is the first time that Carlo landed a lead role in an international film.

As seen in photos from the contract signing event of the actor, Star Magic’s head Laurenti Dyogi accompanied him to the event.  Representatives from the Philippine independent production house High Road Creative and 034 Productions were also present during the event.

Filming for his movie will start early next year, according to tar Magic. No further details were given by the talent agency as of writing.

Back in 2020, it was revealed that the 37-year-old actor was supposed to act in the hit Korean series Squid Game alongside world-renowned actors such as Lee Jung-jae, Park Hae-soo, Oh Yeong-su, HoYeon Jung, Heo Sung-tae, Anupam Tripathi, and Kim Joo-ryoung, among others.

However, due to travel restrictions amid the pandemic, Carlo wasn’t able to fly to South Korea for filming. The director himself sent the actor a gift back in 2020 and said that he looked forward to working with Carlo in the future.

No details were shared as to what character he would have took on had he accepted the role in the series.

Meanwhile, 2022 has been quite a busy year for Carlo. He became part of the Star Magic cast who performed in the Star Magic US Tour last month alongside other Kapamilya satrs. He also took part in the ABS-CBN series How to Move On in 30 Days.

Carlo’s latest project, a film with Julia Barretto titled Expensive Candy, has been making noise on social media for the duo’s chemistry.