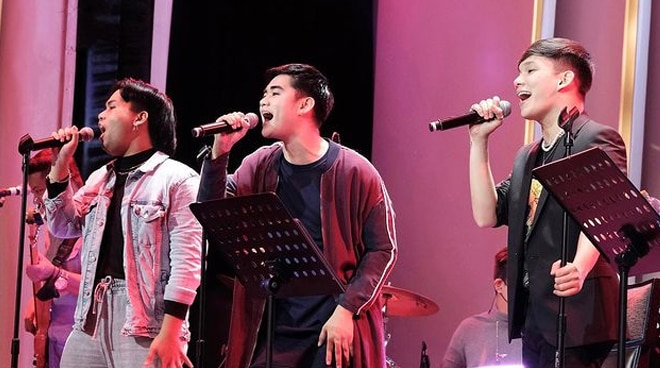 First formed in 2019, all-male singing trio iDolls are disbanding after three years. Composed of Idol Philippines debut season contestants Matty Juniosa, Enzo Almario, and Lucas Garcia, the group has sang covers of popular OPM songs like “Dalaga,” “Hanggang Dito na Lang,” and “Mabagal.” The news was announced by Lucas on Instagram after posting a photo of their latest performance.

Til we cross paths again! iDolls signing off.”

In another post, iDolls member Matty shared that part of the reason for the disbandment was because of his decision to study abroad after receiving a scholarship.

He wrote, “Hello friends and family! I know by now that you have found out iDolls will be disbanding for a while, and that is because I will be pursuing a second degree in the UK for Musical Theater after I was granted a partial scholarship by The Royal Conservatoire of Scotland. This endeavor is one that I am immensely excited for but more than anything, anxious, because I have never been on my own and I haven’t experienced sustaining myself, all the more in a foreign country.”

Matty also informed his followers that he is still open to being booked for performances before he leaves the country later this month. “I am taking last minute inquiries and performance requests while I’m still here! I’ll be leaving on the 20th of September and I do hope anyone who’s interested would reach out to me, I’d love to perform for you before I leave! This will really help me out with sustaining my studies and cost of living. In another light, if you want to help me out in my making this dream of mine come true, my phone number is the same as my GCash account, any amount would be of great help!”

The group’s third member Enzo also posted a simple photo of himself on stage with the caption “The end of an era,” to commemorate the iDoll’s last public appearance last weekend.

After releasing individual singles in 2020, the group released their self-penned song “Kapangyarihan” which aims to help empower the LGBTQIA community in 2021. The track was released under ABS-CBN Music’s Star Pop label. iDolls were also seen performing in ABS-CBN programs like ASAP Natin ‘To and Your Face Sounds Familiar.