Liza Soberano is mourning the death of veteran actress Cherie Gil, who played her mother in the hit ABS-CBN series “Dolce Amore” in 2016. 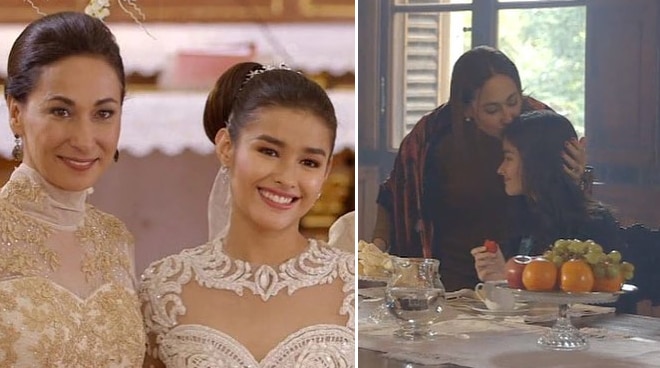 Liza Soberano is mourning the death of veteran actress Cherie Gil, who played her mother in the hit ABS-CBN series "Dolce Amore" in 2016.

On Instagram, Liza paid tribute to her "Mama Luciana" as she shared photos and clips of them together.

"Had the honor and privilege of working side by side with one of the industry’s greatest @macherieamour. Will forever be guided by your lessons and philosophies in acting and in life. You left us way too soon but your art and soul will remain with us forever. Thank you. May you rest in eternal peace," she wrote.

Known as the industry's "La Primera Contravida", Cherie passed away last August 5 after battling with a rare form of endometrial cancer. She was 59.

In an official statement released by her family, it was said that Cherie was diagnosed with the illness after she relocated to New York City in October last year so she could be closer to her children.

"She then underwent treatment at the Memorial Sloan-Kettering Cancer Center of New York," the statement read. "It was her request that her diagnosis be kept private, and as a family we supported her in this decision."

"Cherie fought bravely against her illness, with grace and strength. Despite her struggles she always managed to exude courage and never lost her trademark sass, wit, and infectious humor, or her larger-than-life personality," it added. "She spent her last days surrounded by family and loved ones."

Though still in mourning, her family said they are "incredibly moved" by the love and support Cherie and them have received since her passing — an "evidence of just how many lives [the late actress] has touched."

"In the end, there are no words - only love. Cherie lived with all her heart," they said.