Check out the beautiful dream house of Viy Cortez. 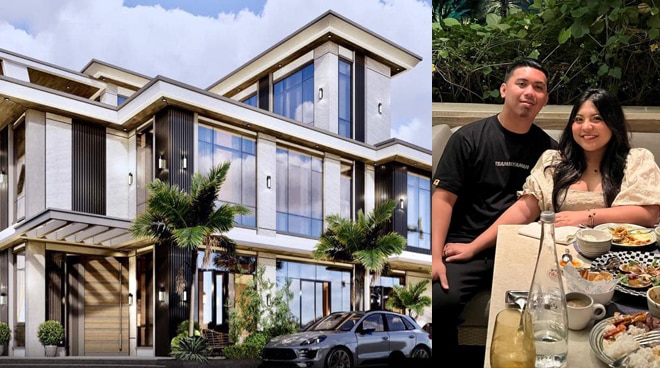 YouTube vlogger Viy Cortez showed her thousands of followers on Facebook the dream house she and her longtime partner Cong TV imagine their child Kidlat would grow up in.

Construction for their dream house is ongoing, according to the vlogger.

For Viy, the construction of their new house is very symbolic for her as it also marks her new journey with Cong and Kidlat.

Her vision for the house shows a modern design with high ceilings. It has three floors, with the interior design suggesting that the place will be a perfect home for their new family.

Netizens shared how amazed they are at how huge and beautiful the future house of the online personalities would look like. Their family and friends also joked about joining Viy and her family in their new house.

Pat Velasquez-Gaspar, Cong’s sister, jokingly asked where her room will be located should the consturction of the new house reach completion.

Viy gave birth to her first child Kidlat just last month. It was back in December 2021 when the two announced that they were expecting a baby again.

In a vlog, Cong expressed how happy he felt when he saw baby Kidlat.

Viy and Cong have been together for seven years and both are two of the biggest vloggers in the country right now with over 15 million subscribers on YouTube.