Markus Paterson on working with Heaven Peralejo on MMK: ‘We have that connection that just comes naturally’ 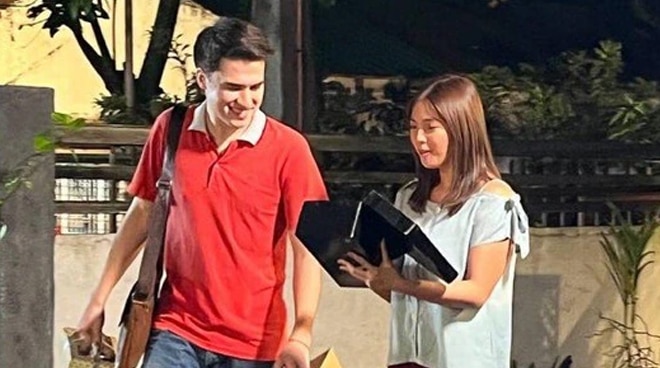 “Greg loves so fully and it really wasn’t hard to feel that love in this episode kasi hopeless romantic din ako eh. And it’s very easy to work with Heaven. I’ve known her since she was 16 and I was 17 so we have that connection that just comes naturally. And it’s our first time working together acting-wise surprisingly. I’m just proud of the whole episode and honored working with direk Raymond (Ocampo) again,” he said.

Having joined showbiz over six years ago, the Fil-British MMK actor shared how he approaches every character he portrays onscreen.

“Every time you do a role or you act, it’s always best to put yourself in your character’s shoes para mas authentic yung performance mo. It’s also good to use something from your past or your own personal experiences pero kung wala talaga it’s a lot easier to just become the character and then try your best to give an authentic performance. For me, wala naman akong hugot in this episode,” he revealed.

Catch Heaven Peralejo, Markus Patterson, Paolo Gumabao, and Nonie Buencamino this August in MMK, airing/streaming every Saturday on A2Z, Kapamilya Channel, Kapamilya Online Live on YouTube, ABS-CBN Entertainment Facebook page, and iWantTFC. Outside the Philippines, it is available on cable and IPTV via The Filipino Channel. #MMK