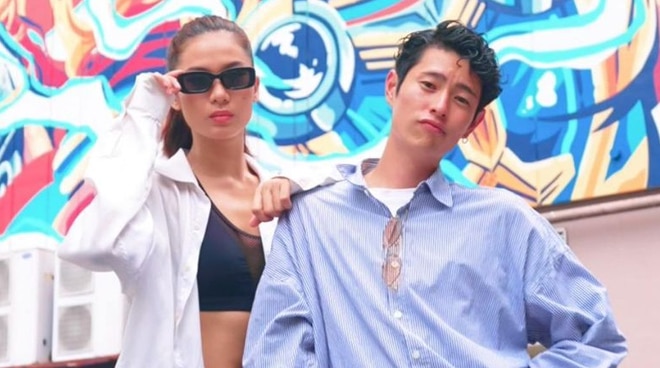 Ex-Pinoy Big Brother housemates Fumiya Sankai and Lou Yanong reunited for a short time as Fumiya visited the country. On his Instagram, the 27-year-old Japanese vlogger shared the warm meet-up they had.

READ: Fumiya Sankai proud of his first rom-com series in Japan: ‘I hope all Filipinos can watch it’

“Before COVID-19, we were together every day, but this time, we met for the first time in two and a half years,” the translated caption wrote.

The two ex-PBB housemates make up half of team LAYF, which rose to popularity on social media back when they were still inside the Big Brother house. Fans of the two shared how happy they were to see that they reconnected after all the lockdowns due to the pandemic.

Some are hoping that Lou and Fumiya would also meet up with André Brouillette and Yamyam Gucong. Netizens pointed out how their bond is still strong even after their PBB season.

Known as the Konichi-Wonder Vlogger of Japan, Fumiya recently made his acting debut in Japan last month. He previously shared that he hoped his Filipino fans would support him on his new endeavor in the world of acting.

Aside from being a vlogger and an actor, Fumiya previously stated that he wants to start a Pinoy coffee shop in Japan. This is still in the works as he admitted how difficult it is to start a business especially during the pandemic.

“Recently, I had a dream to create a Philippine concept coffee shop in Japan. However, this dream is not so easy to achieve. But I will continue to pursue my dream so that I can be a bridge between the Philippines and Japan,” he previously shared.