‘Spider-Man: No Way Home’ returns to theaters with new scenes

Spider-Man fans get another chance to watch the film on the big screen. 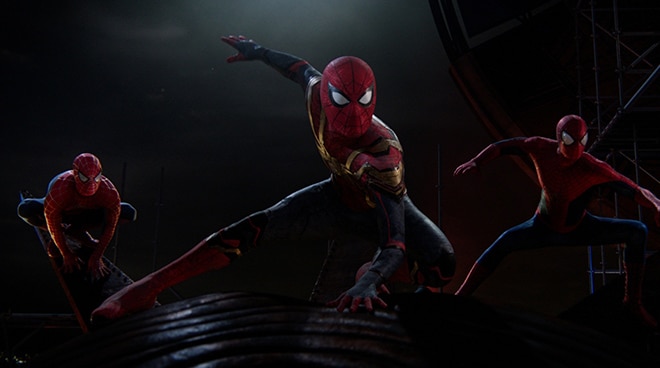 In a somewhat unprecedented move, Spider-Man: No Way Home is set to return to theaters on September 7 after its initial theatrical run last January in the Philippines.

The country was just easing up on health restrictions back then and many Pinoys had yet to get the chance to watch films in theaters. This rerun, Spider-Man: No Way Home—The More Fun Stuff Version, will allow fans to watch the movie again on the big screen.

There will be extended scenes and 11 minutes of never-before-seen footage included in the new theatrical run. The movie’s return will also mark 60 years of theSpider-Man comic book character, in addition to the last two decades of Spider-Man films.

The three Peter Parkers—Tom Holland, Andrew Garfield and Tobey Maguire—previously discussed what starring in the film meant for them. Andrew and Tobey’s participation in the film was a secret prior to the theatrical release so this time fans will get to know what happened behind the scenes.

Spider-Man: No Way Home picks up from the end credits sequence of Spider-Man: Far From Home when Mysterio revealed Spider-Man’s real identity as Peter Parker (played by Tom Holland). Peter has to deal with his newfound fame—or notoriety—which puts him and his loved ones at risk.

Peter asks Doctor Strange’s (Benedict Cumerbatch) help to get his old life back, before people learned about his secret identity. The spell backfires and instead tears a hole in their world and draws in villains from other worlds who have previously fought with the wall crawler. Luckily for Peter, the hole also draws in the other Peter Parkers from the Multiverse. Together, they must defeat the villains or help them seek redemption.

Directed by Jon Watts, Spider-Man: No Way Home is written by Chris McKenna and Erik Sommers, based on the MARVEL Comic Book by Stan Lee and Steve Ditko.