Maymay Entrata is one lucky girl. 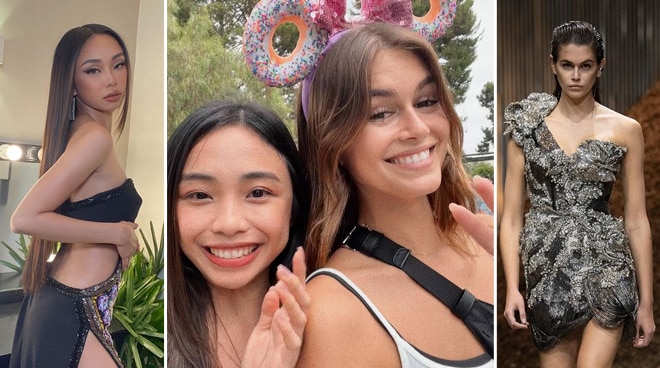 Maymay Entrata sure had the best time during her recent trip to the US, visiting some of the most iconic landmarks and tourist destinations — including the happiest place on Earth, Disneyland.

The Kapamilya star dropped by Disneyland for a half-day visit. Then again, Maymay had the most magical time there and promised to visit again in the near future.

While it was a brief trip, it was certainly one for the books as she met Kaia Gerber who has modeled for some of the biggest brands in the world. She is also an actress known for her appearances in various episodes of American Horror Stories.

Kaia is the daughter of supermodel Cindy Crawford and businessman Rande Gerber.

The American model-actress previously dated comedian and Kim Kardashian’s ex Pete Davidson and To All The Boys star Jacob Elordi.

Maymay visited Disneyland alongside other Kapamilya stars during a side trip from the “Beyond the Stars” US tour of Star Magic stars coinciding with the ABS-CBN talent management arm’s 30th anniversary.