Maine Mendoza on Arjo Atayde: ‘What have I done to deserve this kind of love’

It’s been more than a month since they got engaged, but Maine Mendoza is still on cloud nine. 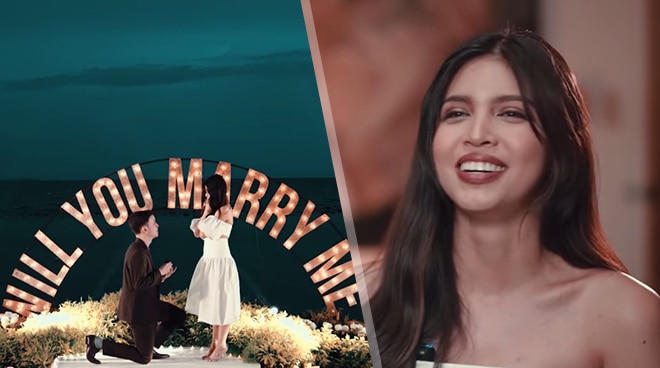 More than a month after announcing their engagement, Maine Mendoza and Arjo Atayde shared some more behind the scenes footage from the proposal. On their Instagram, the newly-engaged couple expressed how they’re still on cloud nine from last month’s event.

Arjo revealed that it took him over a year to propose to the actress as there were problems.

Meanwhile, Maine had no idea that Arjo was already planning the proposal as she went to the venue thinking she had a magazine shoot. The actress was excited over the fake magazine shoot as it had been awhile since she last did a photoshoot.

The venue was a special place for Arjo and he had been keeping Maine from visiting the place as he wanted to make it more meaningful for the actress.

“Never pa siya nakapunta dito at iniiwasan ko siya dalhin dito for the longest time because this is where I really plan to ask her. I've been planning for a year now, long time in the making. At least we're here,” he added.

Until now, the actress couldn’t believe that she’s already engaged to the person she once tweeted about. She shared how Arjo was the answer to the prayers she’s been asking the Lord.

“Para akong prinsesa sa kanya, the way he loves and cares for me. What have I done to deserve this kind of love? I always prayed to find the man who will love me for who I am,” she shared.

Prior to their engagement, Arjo and Maine had been dating for more than three years. July 28 has been a special date for the two as many milestones of their relationship has happened during this day.