Kathryn Bernardo is sharing her love for her pet dog, a Golden Retriever named Cloud, whom she's had since she was 17. 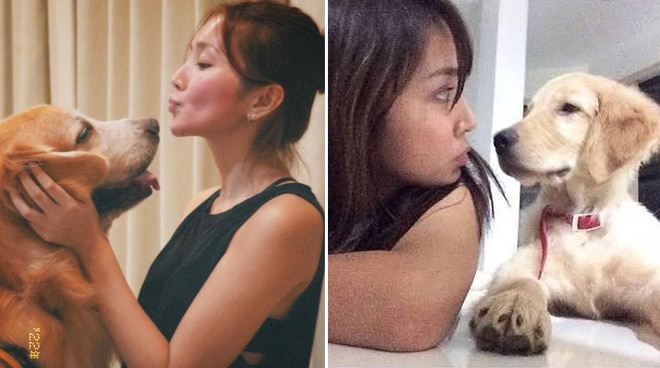 Kathryn Bernardo is sharing her love for one of her pet dogs: a Golden Retriever named Cloud, whom she's had since she was just 17.

In an Instagram post, the Kapamilya actress paid tribute to her dog as she shared some of their sweet moments together, captured through the years.

"Back in 2013, I wished for a Golden Retriever pup. He sent me an angel named Cloud.' Fast forward to 2022, here he is, an 8-year-old gentle giant. He's the most patient, most gentle, most loving, and kindest kuya to his 7 four-legged siblings," she wrote.

"Now, he has two-legged cousins to protect and watch over," said Kathryn, who was referring to her nieces Lhexine and Qyona. "I can’t wait to make more memories with you, Clouder! Thank you for being the best 'kuya' that you are. Love, Mom."

It's no secret that Kathryn, 26, is an avid pet-owner; the actress has several other dogs aside from Cloud, including Tala, a Samoyed; and Snow, a Bichon Frise given to her by her boyfriend Daniel Padilla as a gift.

Proving her love for her dogs (and a cat), Kathryn launched a separate Instagram account dedicated solely to her pets in 2018. There, she would regularly post photos and clips of her seven dogs, including their moments with her and their "Tatay", Daniel.

Currently, Kathryn stars with Daniel in the hit ABS-CBN series 2 Good 2 Be True.