Alora Sasam believes in the power of manifestation 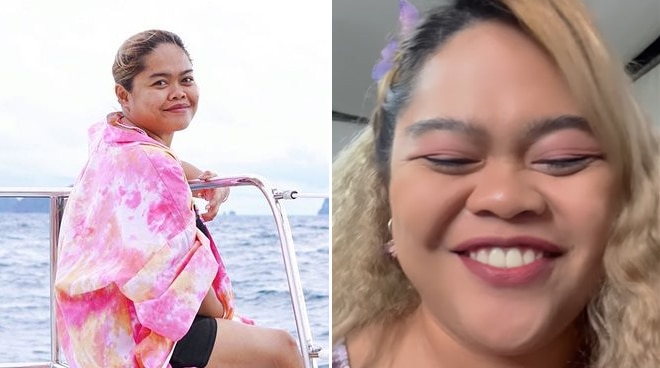 These manifestations included her dream to be seen on television one day and her crush on Arjo who eventually became her boyfriend and now-fiancé.

Netizens then started to “manifest” their dreams and aspirations on social media.

Among those who did it was actress Alora who, like Maine, appeared to have manifested some of her guy crushes. These included actor Piolo Pascual, Pasig City mayor Vico Sotto, and for some reason, Doctor Strange.

She also jokingly tried manifesting her dear friend Kathryn Bernardo’s boyfriend Daniel Padilla but eventually decided to take it back.

Towards the end of the short clip, also tried to manifest a guy named Jake. While she didn’t mention the last name, it seemed she was referring to Jake Ejercito after she said that she’d rather let it go “para kay Ellie” — the actor’s daughter with Andi Eigenmann. Alora had previously poked fun at Jake’s old dance numbers and the hand gesture she made was the same one in the video.