After a year of hard work, Ronnie Liang finally finished his graduate studies. 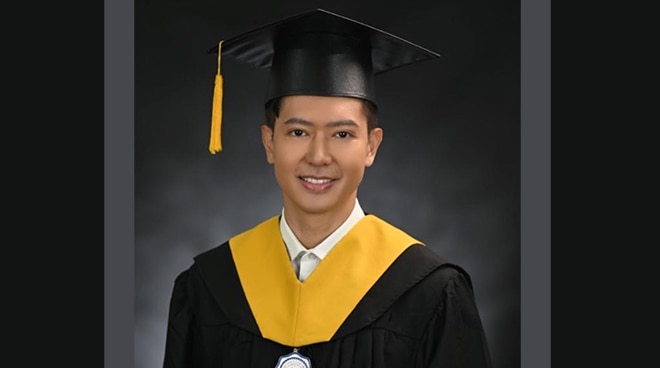 OPM singer Ronnie Liang proudly shared that he earned his graduate degree from the Philippine Christian University. The singer took up a Master’s degree in Management, Major in National Security and Administration.

For the Army reservist, it has been a challenge for him to juggle all his activities in life. He admitted, though, that getting a master’s degree is worth the struggle. As an artist, Ronnie shared how important to pursue education if given the opportunity.

READ: Ronnie Liang visits his elementary school in Pampanga: ‘It is great to look back on your past’

“From my perspective as an artist, I realized that obtaining a higher education is an empowering tool that will provide us with many opportunities. It amplifies our self-worth and dignity because it gives us a sense of pride,” he shared.

Ronnie urged everyone to study and pursue their dreams as it could give them better opportunities in the future. As much as he loves to perform, Ronnie claims that the future remains uncertain, pointing out that obtaining his degree is like his safety net.

“Being a singer is my first love, and becoming a commercial pilot has been a childhood dream. However, my master's degree is like a stronger safety net in this life of constantly not knowing what will happen next,” he added.

Ronnie went on to share how education is such a powerful tool that one could have. Aside from being a fresh graduate, Ronnie is also a commercial pilot, on top of being an Army reservist and a singer.

“It also bestows us with sophisticated language that saves us from being underestimated. It is also like a torchlight to another career path or a foothold to reach high places because people respect the knowledge and the knowledgeable,” he continued.

Previously, Ronnie has shared that he had plans to teach before going into his line of work today.