Liza Soberano on meeting K-Pop idols in South Korea: ‘I was living my fangirl dream’

Liza Soberano shared her experiences meeting her K-Pop idols during her recent trips to Korea. 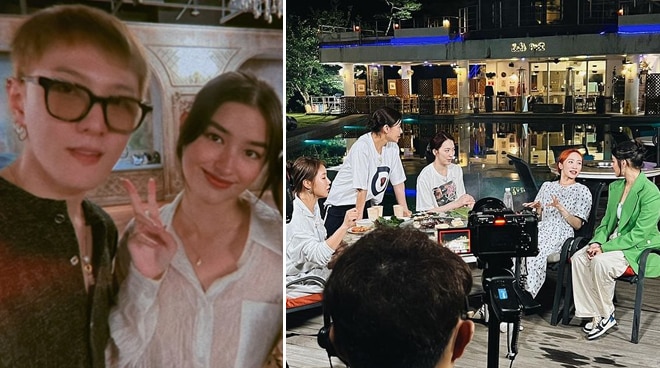 Liza Soberano opened up about meeting K-Pop idols during her recent trips to Korea, describing her experiences as “a dream come true.”

"It was so much fun. It was two trips actually. The first one was just networking, just getting to know the different industry people. The second trip that we had, that was more getting to connect with the actual artists and celebrities, getting to know them and just collaborating on a few social media stuff like TikTok and a few pictures for Instagram," Liza said in an interview with ABS-CBN News.

The actress revealed that one of the highlights of her trip was her visit to the YG Entertainment office.

"I was living my fangirl dream, I got to go to the YG office. I’m a huge YG fan. The whole time it didn’t feel real to me, everyday we were just meeting K-Pop idols left and right and it was just a surreal experience, but so much fun. Hopefully, we get to work with them in the future," she said.

The Kapamilya star said that she got starstruck the most with IVE and DK of IKON, among all the K-Pop stars she met there.

"I would say, pinaka na-starstruck ako sa IVE. I met them at the StarShip office. I was also starstruck with DK of IKON. Mainly because when I got to the YG building, he was so humble and he was like really touring us around the building. He made me really feel comfortable while filming the TikTok video," she said.

She continued: "I also wanted to work with people my age to be honest... and when I met James and his team it really made me even more excited to work with because their team is so young, so creative and they are so fearless to take risks and try to chase after things that we would think is impossible."