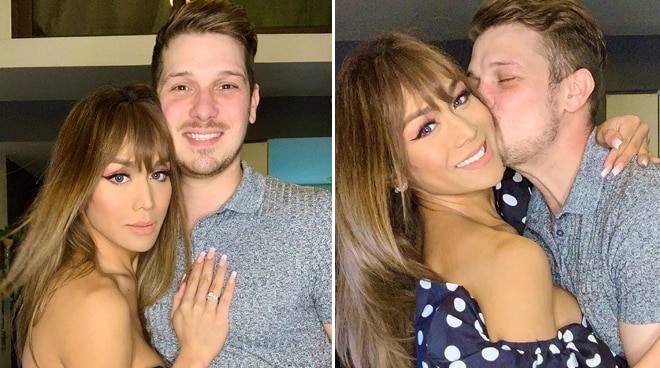 Kaladkaren took to social media to share the flowers and balloons she received from Luke on their anniversary.

"Awwww woke up to this!!!!😭😭😭 Happy 10th anniversary, my love!!!! You are indeed, the love of my life! ❤️🌈 #LoveWins @lukewrightson," she posted on her Instagram page.

Friends and fans of KaladKaren were quick to greet them on their anniversary.

In her vlog, KaladKaren shared that Luke returned to Manila in time for their anniversary. The latter has been away for eight weeks for work

READ: KaladKaren on receiving her Silver Play Button Award: ‘One of the best birthday gifts’

"The happiest part is we are together again. Finally after eight weeks," KaladKaren said in the vlog.

KaladKaren also shared tips to those who are in a long distance relationship like her.

The social media personality stressed that it is vital for couples in long distance relationships to set a definite time on when they will meet again.

“Kunwari sa susunod na pasko uuwi ako diyan, kailangan magkita tayo or dapat after three months pupunta ka dito sa Amerika or pupunta ka dito sa United Kingdom, magkikita tayo. You have to set a goal for you to be able to see each other again," she added.