Joshua Dionisio and Eliza Pineda had a reunion at the latter's birthday party. 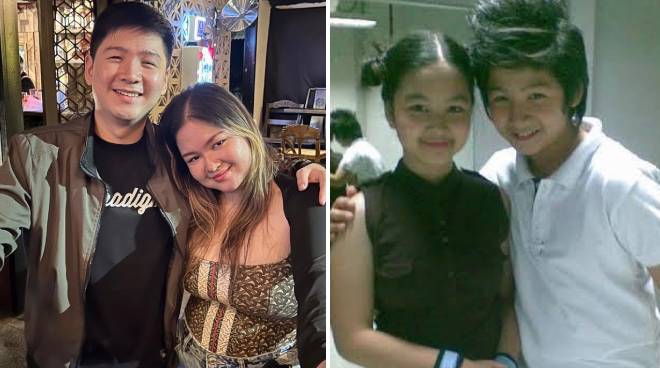 Joshua shared his snapshots with Eliza on his Instagram page much to the delight of their fans.

It can be recalled that both starred in the television series  Kung Fu Kids in 2008. They also became part of Maria Flordeluna back in 2007.

Eliza has been away from the limelight for a while to take care of her family's business. She is also currently working as a writer for a company.

"When I was a teenager gusto ko talaga i-pursue 'yung writing along with acting. So when I was that age din, nag-start din ako maghanap ng mga opportunities na I can develop my writing skills and fortunately nakahanap naman ako. During the pandemic lalo ko siyang pinursue. Right now I write for various companies, PR, ganun. Press release, vlogs, mga copywriting, stories, feature stories, et cetera," she said in an interview with PUSH Bets Live in July.

On why she did not become active in show business after Maria Flordeluna, Eliza relayed that she chose to finish her studies.

Meanwhile, Joshua did his last acting project back in 2017 in Wattpad Presents: Special Edition on TV5.

He is presently the host of the show Good Morning Kuya on UNTV.