Liza Soberano is set to play the role of Taffy in the Hollywood film ‘Lisa Frankenstein.’ 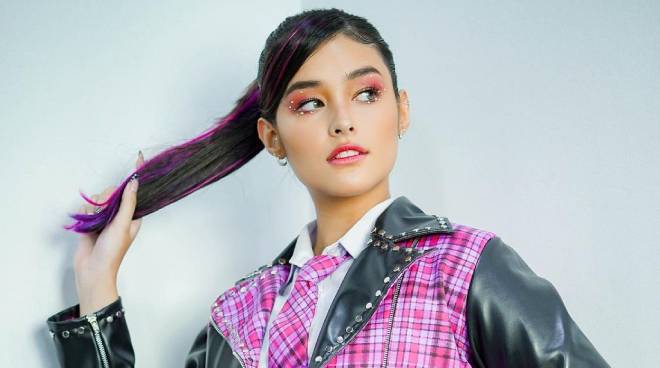 Liza Soberano is playing a high school cheerleader from the ‘80s in her upcoming Hollywood film debut, the horror-comedy movie Lisa Frankenstein.

In an interview with Rappler, the Filipino-American actress shared that she was ecstatic when she first learned about her role as it was her first time doing a character from the ‘80s.

"I play Taffy who is a high school cheerleader from the ‘80s. One thing in particular that drew me to the role is I like the fact that it takes place in the ‘80s which is something that I didn't get to do before. I've never done something from a different time period so I really enjoy all the different looks, the hair, the makeup, the outfits," she stated.

Liza added that she had always wanted to star in a horror film.

"Actually I can't talk too much about the character because I don't want to spoil anything for anybody but what drew me to the story is the genre itself. I always wanted to be in a horror movie. But what makes it exciting is it is a horror, comedy, romance," she said.

The actress also shared her experience working with her Hollywood castmates. She relayed that they have all been very supportive of her.

"I did get to spend some time with Kathryn Newton, Cole Sprouse, and Henry Eikenberry. I have yet to meet Carla Gugino. She comes in at the end of the month I believe. They are all amazing. Cole and Kathryn, at such a young age, they are like veterans in this industry. They have been working since they were very young so they were very professional, they knew exactly what to do, and they all knew that I am new to this American production and they made sure that I got comfortable with them and with working in such a new environment," she remarked.

Liza said that she has also been learning a lot of things about acting with her co-stars.

"They are just so much fun to be with. They bring the scenes to life and it's like each take we do they change it up all the time so I am learning so much from them at the same time as actors but also as just cool human beings, they are very fascinating," she stated.

In the same interview, Liza shared her audition process before being part of the film. She said that she recorded an audition tape as part of the process when she was still in Korea.

When asked about her reaction when she learned she bagged a role in the Hollywood film, she replied, "I was very excited and very happy of course because when I read the script I was like blown away. I knew I would want to be in it like after the fifth and sixth sequences. It's like a dream movie and a dream project of mine so when I heard the news that I got the role of course I was very excited."

According to Deadline, Lisa Frankenstein tells the story of "an unpopular high school student (Kathryn) who accidentally re-animates a handsome Victorian corpse (Cole) during a lightning storm and starts to rebuild him into the man of her dreams, using the broken tanning bed in her garage."

The film is written by Oscar and Tony winner Diablo Cody. It is directed by Zelda Williams.